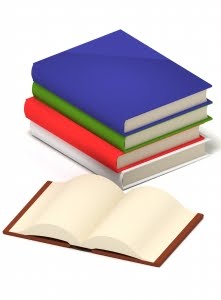 Here's a sample of the books that came in for review this week.  Stop by our review site, Feathered Quill Book Reviews, to read the reviews in a week or so.


Wunderkind Life in Sofia, Bulgaria, in the late 1980s is bleak and controlled. The oppressive Communist regime bears down on all aspects of people’s lives much like the granite sky overhead. In the crumbling old building that hosts the Sofia Music School for the Gifted, inflexible and unsentimental apparatchiks drill the students like soldiers—as if the music they are teaching did not have the power to set these young souls on fire. Fifteen-year-old Konstantin is a brash, brilliant pianist of exceptional sensitivity, struggling toward adulthood in a society where honest expression often comes at a terrible cost. Confined to the Music School for most of each day and a good part of the night, Konstantin exults in his small rebellions—smoking, drinking, and mocking Party pomp and cant at every opportunity. Intelligent and arrogant, funny and despairing, compassionate and cruel, he is driven simultaneously by a desire to be the best and an almost irresistible urge to fail. His isolation, buttressed by the grim conventions of a loveless society, prevents him from getting close to the mercurial violin virtuoso Irina, but also from understanding himself.

It's Hard Not to Hate You ersona. After years of glossing over the negative, Frankel goes on a mission of emotional honesty, vowing to let herself feel and express all the toxic emotions she’d long suppressed or denied: jealousy, rage, greed, envy, impatience, regret. Frankel reveals her personal History of Hate, from mean girls in junior high, selfish boyfriends in her twenties and old professional rivals. Hate stomps through her current life, too, with snobby neighbors, rude cell phone talkers, scary doctors and helicopter moms.

The Lady of the Rivers Descended from Melusina, the river goddess, Jacquetta always has had the gift of second sight. As a child visiting her uncle, she met his prisoner, Joan of Arc, and saw her own power reflected in the young woman accused of witchcraft. They share the mystery of the tarot card of the wheel of fortune before Joan is taken to a horrific death at the hands of the English rulers of France. Jacquetta understands the danger for a woman who dares to dream. Jacquetta is married to the Duke of Bedford, English regent of France, and he introduces her to a mysterious world of learning and alchemy. Her only friend in the great household is the duke’s squire Richard Woodville, who is at her side when the duke’s death leaves her a wealthy young widow. The two become lovers and marry in secret, returning to England to serve at the court of the young King Henry VI, where Jacquetta becomes a close and loyal friend to his new queen.

The Women of the Cousin's War In her essay on Jacquetta, Philippa Gregory uses original documents, archaeology, and histories of myth and witchcraft to create the first-ever biography of the young duchess who survived two reigns and two wars to become the first lady at two rival courts. David Baldwin, established authority on the Wars of the Roses, tells the story of Elizabeth Woodville, the first commoner to marry a king of England for love; and Michael Jones, fellow of the Royal Historical Society, writes of Margaret Beaufort, the almost-unknown matriarch of the House of Tudor.
Posted by FeatheredQuillBookReviews at 9:47 AM