FQ: Did you find the research for Lebensborn both fascinating and appalling at the same time?

As a retired public relations consultant, I know and appreciate the powerful effects the Nazis’ had. Their no-questions-asked programs, banners, flags, coordinated schemes produced fanatical people who truly believed that there was glory for the fittest to lead and serve the country. Women wanted to have as many children as possible.

The high rate of abortions prior to l935 (up to 800,000 per year) ended because of their many incentives for women to have children: lower rents, better position in lines for food, and medals: gold for eight, bronze for four, etc. Later they also killed abortion doctors.

And, for those selected to give birth in a Lebensborn home, there were many other advantages such as the best and most food, finest medical care, a job, a beautiful home in which to await the birth. Best of all, there would be a home at the end for the child if it were perfect in all aspects. Those not perfect were unacceptable and destroyed.

At this time in history, the stigma of an illegitimate birth was horrible. A woman had to find a way to leave the child and the community. That became Antoinette’s dilemma. She was pregnant and not married. She had to leave.

What she didn’t know was that a woman only had a forty percent chance to pass the rigid physical requirements for entry to a Lebensborn home. Her SS partner had already proven his Aryan ancestry back two centuries and was so perfect physically he would have not even one dental filling.

This period of history is fascinating for women because we are able to see how fortunate we are to be living today. At that time, there were few options for birth control, abstinence, the surest. Lebensborn is a reminder to women that not so long ago they didn’t have many proven ways to enjoy pleasure. We should remember and breathe a sigh of relief and appreciate today’s medical advances for women. 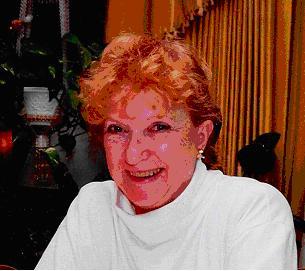 The research hasn’t stopped; it continues.

When Lebensborn was published, one of the first readers asked: What happened to the children? That question led to research that continues today as I follow the stories of Lebensborn children who are appearing in courtrooms of their countries to ask for compensation for their lives of shunning, taunting, and often being physically abused or put in an insane asylum.

Many are hoping for closure in their search for their true parents. The Lebensborn program was so secret that the mother of a Lebensborn child was sworn in a ceremony to secrecy under a Nazi dagger to never reveal the name of the father.

Prior to giving public talks about the novel and about this secret program, I researched international war victim agencies for the help they can give a child who is looking for a parent during the time of war. Fortunately, I had the information. A man came to my first talk to ask for my help.

He said, “I want to return to Germany to find my “true” parents. I have not been having much success in finding any information in Germany.”

“No,” I told him, “you won’t. It is still a very hushed over Nazi program today but there are international agencies, one even in Germany, who have the ability to help you in your search. In Norway, for example, where there the Lebensborn program was opened to the ordinary troops, the big black books with each birth registered, were not destroyed as they were in Germany at war’s end.”

This summer international news media are covering the stories of several Norwegian children who are appearing in the Human Rights Court. Their joint case was turned down a few years ago by a Norwegian court who said it was too far past the time for compensation. So they’ve taken their case to a world court.

FQ: Is the village of Villepente fact or fiction?

The village is fictional but is typical. My research was mainly in books about WWII and by flying twice to Europe, once to France to finalize the setting of the village which today probably is a suburb of Paris, and later to Germany as Part Two was being written to better understand the thinking and feeling of Germans and Germany as a country.

If you travel in Germany, you’ll discover the people are most cultured, best educated and most disciplined in the world. And, of course you’ll wonder how could a country like theirs could become such fanatical believers.

FQ: What were you most anxious to present in writing about the Lebensborn project?

I was a mere child during WWII. I remember being fascinated by the news reels shown in the Saturday double horror/western features. The uniforms of the SS and other military units, I was eventually to learn, were the finest that the world has ever seen. They looked like gods in those uniforms.

Writers watch, observe and report. I wanted to capture the spirit and the passion of the Germans. In the walled city of Rottenburg, I witnessed one example of their continuing passion. There in an antique shop where I was looked for the exact wording on an SS officer’s dagger, a man came into the shop and the shop keeper, a stern looking older woman dressed in black, silently gave him permission to go behind the counter and through a curtain. Not seeing anything of value in the front of the shop, I asked if I could follow him. The proprietor parted the curtain.

The hidden room was full of Nazi artifacts, all swastikas covered over. I explained what I was seeking. The woman patted her dark hair in a tight bun at the back of her head, placed a purple cloth upon one of the counters and from the case below removed the knife and placed it upon the cloth with as much reverence as a priest holding a sacred host. It was a chilling reminder of the Nazi passion.

FQ: I have read many accounts of Himmler’s Camelot and his interest in the Knights of the Round Table. Was your account fact or fiction?

The chapter in Lebensborn where Himmler invites twelve of his favorite SS officers to a weekend is fiction. It is based upon what I know of Himmler’s character. Thus, I could write about what he was wearing, what he said, give the details of the artifacts I knew he’d have in his castle and what the “knights” the SS were expected to take part in.

Those invited included Duke Peter, the SS officer who first is introduced here and later in Part Two at the SS party house as the talented illusionist.

Peter is the centerpiece for Nazi propaganda and all its illusions: the colorful banners, the night parades, the stunning uniforms, the weekly meeting throughout the country with the same message told over and over: that the enemy was out to get you and that the Fuhrer is here to save you.

Himmler’s castle could be one of my finest pieces of writing. To understand Himmler and his occult ideas, it is important to know how the man came up with the social eugenics idea of producing a master race. Hitler, of course, had studied eugenic laws in several of the U.S. states. In fact, eugenics and the weeding out of the inferior, was recognized as a politically correct idea during this time period.

FQ: I am also an avid reader of WWII fiction. Are you going to do another book set in that time period?

I love to write action/adventure stories. But, my current work in process is about a Montana cowboy and the women in his life. My first reader, a male cowboy, gave me A plus for appealing to women. To appeal to men, per his suggestion, I am adding more action, and of course, a bad guy. “Men,” he said, “Will follow the scent of this bad guy and you’ll have another winner.” The story is shown in much more depth and has greater character analysis in than any of my other novels.

FQ: My heart went out to the people who lost their animals. Is there such a memorial where the people and their pets are recognized?

A woman wanted to meet me just because of what happened to the pets. “I couldn’t sleep at all the night after I read what happened to them,” she said. Her love for her dog is the same of those people in Villepente who lost theirs. All over Europe I’d seen dogs revered many with chair of their own at a cafe. Seeing this adoration, what writer would not make use of this in their story?

To learn more about Lebensborn please read the review at: Feathered Quill Book Reviews.
Posted by FeatheredQuillBookReviews at 8:26 PM