FQ: Your exploration of Asia sounds like a remarkable experience. Can you tell us a little bit about how you felt standing in the middle of the ruins of Xanadu? What was it like?


Finding the ruins of Xanadu took some effort; most Chinese tour guides know nothing about it. Although it is only 200 miles north of Beijing, driving there takes all day, over some winding back roads. In Marco Polo’s time, Xanadu featured a marble palace, with gilded rooms painted with exquisite images of men and beasts and birds, as well as lovely gardens with fountains and rivers and brooks, beautiful meadows and woods stocked with wild animals for hunting. Today, only a few stone ruins remain in a wide plain covered with long grasses and wildflowers. Standing there, though, I could feel the magic of history. This was where Emmajin got to know Marco Polo!


FQ: Was this when you first experienced the idea for Emmajin and her quest to be a solider?


No! That happened several years earlier, when I read Marco Polo’s book. He told a story I had never heard: about a Mongolian princess who defeated all her suitors at wrestling and thus won the right to control her own life. I decided to create a different princess, one who excelled at archery and was struggling to win respect in a male-dominated world.


FQ: On that note, you speak very well about the customs requiring Asian women to be more "background" jewelry than anything else in that day and age, which Emmajin remarked on because her ancestors actually had women who worked a great deal beside their male counterparts. Was there a specific time in history when this custom changed, or do you feel that even in the present day and age females are still set in a very particular place in their social network?


Emmajin grew up in the 1260s and 1270s, a time of transition. Before that, the Mongols were fierce warriors who conquered most of the known world, and their women had many rights and freedoms. Afterwards, women were expected to settle into traditional female roles at the imperial court. I grew up in the 1960s and 1970s, another time of transition, but in the other direction. Before that, women’s roles were rigid and traditional, and afterwards women had many rights and could participate in the larger society. Today’s young women live in the best time of history, where they have many options and don’t have to stay in the background like jewelry.


FQ: The research done on Marco Polo and his journey to the heart of the Mongol Empire was fascinating. What was the catalyst to use him in the story as the romantic counterpart? I know Emmajin is fictional, but were there any documents, letters, diaries, etc. of his travels and who he met while there in Xanadu?


Marco Polo traveled to China and wrote about it for readers back home; so did I, centuries later, as a foreign correspondent. So I could relate to him. Most of what we know of Marco Polo comes from his own book, which he wrote after his return to Venice. He stayed in China from the age of 21 to 38, yet he never mentioned any love interest. So I imagined one for him! But in his book, he did describe the Battle of Vochan, with elephants, and the hunt for ‘dragons’ (crocodiles). I borrowed a lot from his book and imagined the rest.

FQ: With your obvious love of historical research, are there other time periods that hold a particular fascination for you?


FQ: Working for Business Week magazine as a foreign correspondent must have been a true blast, to say the least. Is this when you toured the Forbidden City? Were there artifacts there that were inspirational in the telling of this novel?


Yes, working as a foreign correspondent in China was a blast! Although, like any job, it involved hard work, too. I spent a lot of time in Beijing in those years. The Forbidden City was built on the site of Khubilai Khan’s palace, with almost the same layout, so I could easily envision the scenes that took place there. Northwest of the palace, I discovered an old part of the Mongol city wall that remains to this day. In Khubilai Khan’s day, Beijing was called “Khanbalik,” or Khan’s capital. Marco spelled it Cambaluc.


FQ: Thank you so much for your time. It isn't often that YA novels are blessed with actual history that has the ability to teach teenagers (and adults) about the fantastic Empires that have gone before. I really look forward to reading your next novel.


And thank you, Feathered Quill! The Chinese and Mongolians wrote with brushes and ink, an equally lovely image. 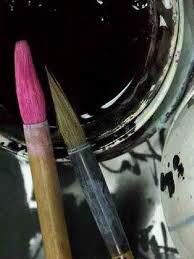 I welcome you and your readers/followers to visit me on my website at www.dorijonesyang.com - and to view my book trailer video on youtube at: www.youtube.com/watch?v=INZLywBOy6c


To learn more about Daughter of Xanadu please visit our website and read the review at: Feathered Quill Book Reviews.
Posted by FeatheredQuillBookReviews at 9:21 AM