FQ: Every day on the news there is some new headline about bullying; whether it be physical or through the computer. Do you have any personal thoughts on how this could somehow be stopped? Or brought to the forefront of parents’ minds so that they can better understand the issues of teenagers today and talk to them about it before it goes too far?

TABARES: Probably the most painful thing parents have to understand is that their child might already be guilty of bullying behavior—particularly in the online world, where it’s entirely too easy to assume a false identity.

Parents need to realize that there is a large group of teens who would never dream of bullying in person, but who regularly bully online. These teens treat the Internet as a playground where nothing is real, a virtual world where anyone can be anyone and no one will get hurt. They don’t see that snarky comments, embarrassing pictures, and ‘pranks’ cause pain.
So first and foremost parents need to wipe away that whole ‘virtual world’ myth. What happens on the Internet does matter.

FQ: Do you feel that educators/teachers are just as scared as the teens are by the bullies now? Do you feel teachers are doing enough to stop these senseless attacks; or, are they now backing down for fear that consequences could happen to themselves or their families.

TABARES: Honestly, I can’t imagine any teachers/educators who would allow bullying to go on because they fear retribution. The ones I know, and I know quite a number of educators, got into the field because of a real desire to help, to give back to their community.

What I can imagine is the overworked teacher who might miss the signs of bullying. Classrooms tend to be overfilled, and teachers often don’t have sufficient time to spend with each student.

FQ: One of the most magnificent plots in this book is the actual realization of what a true friend is. What would be your definition of a true, honest friend?

TABARES: A true friend is there for you even when you do something stupid. The friend will let you know you’ve been stupid, but will stand by you anyway. After all, that’s what friends are for.

FQ: My grandfather always told me that if you became friends with just one person your entire life, it would be enough. Do you feel that with texting and being able to meet a million strangers if you want to has now taken away the actual ‘real’ friend for good?

TABARES: Not at all. You can meet a million strangers each and every day, but unless you connect with them human to human, instead of screen name to screen name, that’s all they’ll ever be, strangers. A screen name is a mask, and a true friendship can only be built after the masks are stripped away. Names don’t become friends, people do.

FQ: Most people have been bullied in one way or another at least once in their lifetime. Have you had to experience this, and how were you able to get through it? (Can you pass some advice along to all the young readers who should pick up this book to learn and understand the situation?)


TABARES: I actually have had multiple times when bullies have tried to make me a victim.
The only time I was ever truly bullied was in fifth grade. I was new to the school, and a group of girls decided it would be fun to make my life miserable. Every recess they formed a circle around me and taunted me with insults, punched me, and pulled my hair.

I suffered in silence for months, wondering what I had done to deserve the torture. I felt so alone. Actually, I was alone. All the other kids were too afraid of this particular group of girls to lend me any support. They kept their distance.

When I had taken all the abuse I could stand I finally broke down and told my mother. It was the best thing I could have ever done.

I don’t remember everything she said. It was, after all, a long time ago. But the main point I got out of it was that the bullies chose me not because I was flawed, but because they were. They were trying to make themselves bigger by making me smaller.

During that talk with my mother something clicked in my head. I no longer feared the girls, but pitied them. I returned to school the next day with a changed attitude that made the target on my back fade away. I no longer reacted the way the bullies expected, so I was no longer fun to torment.
After that, no further attempts to bully me have ever succeeded. Now that I know the problem is with the bully, not me, I can always figure a way out. Sometimes I walk away and sometimes I fight back. But after that fifth grade incident I’ve never again suffered in silence.

To those who are being bullied:

a) You are not being bullied because there is something wrong with you. The bully is looking for a victim, any victim. You just happen to be in the wrong place at the wrong time. It’s not your fault.
b) Don’t be silent! Talk, talk, and talk some more until you find one or more people who will be in your corner. The bully wants you to be embarrassed so you’ll keep quiet. The bully wants you alone and afraid. Don’t do what the bully wants.
c) Don’t try to outsmart the bully or give him a taste of his own medicine. It won’t work and will only make matters worse. The bully will use whatever you do to make you look like the villain, not the victim.
d) Do get help from people in authority like teachers or police. The old adage about not tattling does not apply to bullying. Many bullies break rules and laws and can be brought to justice.

FQ: Even to this day teens talk about a 1980s movie called, The Breakfast Club - which showed kids from very different ‘categories’ in their school coming together because they had to for the day and ending up as friends, even though they were from entirely different ends of the cool spectrum. Do you feel that people could still come together if they actually got to know each other face-to-face? Or, is the fear and/or cynicism already set in place before school begins?

TABARES: Honestly, I think everyone doesn’t need to be friends with everyone else. They just need to accept that our differences make the world a richer place. 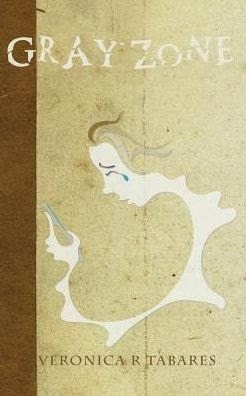 FQ: Another plot point I love is actually giving the backstory of the bully. Do you feel that anyone who shows anger is using this as protection from being bullied themselves? Or, is this bigotry, anger, resentment, etc., born from the home, news, or life in general?

TABARES: Maurice is the prototypical schoolyard bully, out in the open and easy to recognize. The cyberbullies, on the other hand, are more hidden and hard to spot. I gave the backstory of Maurice and revealed very little about the cyberbullies because it reflects real life.

As to why anyone chooses to bully, that’s a very hard question. I don’t feel that there is only one type of bully, or one reason that a person becomes a bully. Any, and all, of those things you listed could contribute to bullying behavior.

FQ: How easy is it for a victim to become a bully?

TABARES: It’s entirely too easy. The line between bully and victim is blurry and very easy to cross. The most depressing thing is that when bullying victims become frustrated they sometimes lash out at people who they feel are weaker. And so a new bully is born.

FQ: Do you have any plans for new titles coming up regarding the YA genre?

TABARES: I don’t have a new YA title in the works yet, but I thoroughly enjoyed writing Gray Zone and would love to write another YA. And I will, just as soon as the right idea pops into my head.


Posted by FeatheredQuillBookReviews at 8:24 PM