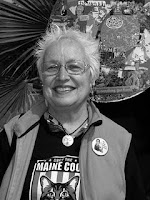 We're excited to welcome back Barbara Ardinger, freelance editor, to the Feathered Quill blog family. Barbara is an experienced editor who has worked with many authors. If you have questions about your book and/or need an editor, contact Barbara at bawriting@earthlink.net.  You can also visit her website at BarbaraArdinger.com


Helping Inexperienced Authors
Now that I’m out from under web site construction and social media (I feel like I’ve been building a new Great Pyramid), I can get back to talking about things I love best in the world. One of these is helping inexperienced authors create the best books they can write.

I’ve just begun working with a woman who’s writing on New Thought topics, including bringing our lives into proper balance. It’s going to be an interesting, philosophical book, but we’re just getting started. Most of the time, this author lives in Los Angeles (less than an hour north of where I live), but right now she’s at home in Austria. Thank Goddess for cell phones. We’ve had two long conversations, voice to voice instead of mere e-mail, in one week. She’s having trouble getting started.

“Don’t let that worry you,” I told her. “You’re doing exactly the right thing.” What has she done? A mind dump. She just poured all her thoughts into her computer. I have two chapters right now, though I’ve only opened the first one. It’s 48 pages long. Her writing is so philosophical and dense that I’ve divided it into four parts for ease of editing. That’s not a problem? you ask. No, I repeat. She’s doing the right thing. She wrote a terrific rough draft, even though her English is not always idiomatic American English (easy to fix), her paragraphs are sometimes nearly a whole page long (less easy to fix, but fixable), and sometimes she uses New Age jargon when she could be writing in a fresher style.

She’s doing exactly the right thing. She thought about what she wanted to write. She organized her thoughts into chapters. She mostly organized the chapters by topic. Then she started writing. She wrote a lot.

“That,” I told her (several times), “is precisely how you write a book.” The steps in writing a book look simple: (1) Prewriting. This is the planning stage, where you organize your thoughts, gather your resources, find books or web sites you want to cite, and figure out how your word processing program works. (2) Writing. This is putting everything “on paper,” well, actually into your computer. Be sure to save often! (3) And rewriting. Over and over and over. Moving ideas, reorganizing paragraphs, deleting, moving sentences, doing more research, and writing some more, deleting some more. Finding an editor like me to help do all this work.

This is what surprises most new authors. Just because you’ve written your first draft, you have not written a book. You’ve started a book. The only famous author that I know of who said he wrote only one draft and I believe him is Isaac Asimov. Everyone else writes multiple drafts.

Posted by FeatheredQuillBookReviews at 9:04 PM