#AuthorInterview with Angela L Gold, author of The Lion Within 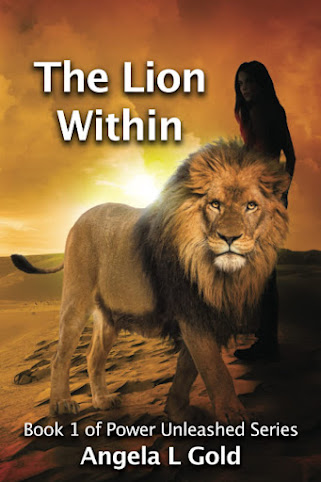 FQ: What made you decide to write a book about the conflicts between believers and nonbelievers in the existence of divine power?

GOLD: Jesus—a poor, uneducated carpenter—is the most influential person in all of history. Most people admit this whether he/she believes that Jesus is the Son of God or not. Jesus’s teachings transformed the world from barbaric to civilized. He taught love, kindness, and charity. He even taught to love your enemies. What would the world look like if belief in Jesus was removed? If an individual’s conscience was the only thing ruling an individual’s actions, no doubt the unscrupulous would rise to power and society would slide toward cruel and uncivilized.

FQ: Did you create the United World Order from your imagination, or are any of the characters in the organization based on real people?

GOLD: The United World Order and all the characters are purely fictional. But there are influential people in the world who seem to stir up unrest to further their personal agendas. Those are the types of fictional individuals who joined forces to create and rule the United World Order.

GOLD: The United World Order took over slowly. They subtly introduced ideas to change individuals’ thinking. Then they orchestrated acts of violence while falsely convicting leaders of religious organizations for the acts. After they had had enough, citizens of all countries begged those behind the UWO to take control. In 2078, the UWO had been in control around twenty years, giving the citizens plenty of time to realize that the regime was not looking out for the general population’s best interests. They were looking out for the best interests of their leaders.

FQ: Was Rory’s out-of-body experience based on an actual occurrence of someone you know or read about in a book? If not, how did you come up with the description of it?

GOLD: Over the years I have read several accounts of people dying and coming back to life. Several individuals recounted hovering above his/her lifeless body and seeing and hearing everything going on below. Many individuals spoke of feeling euphoric while technically dead. Several experienced depression after returning to life, because the afterlife had been that wonderful.

FQ: I thought the decision to have a comatose patient be a witness for Jesus Christ was an interesting choice. Did the writing of those scenes create a challenge?

GOLD: Rory would need an easy assignment after suffering hypothermia. Monitoring a comatose patient fit the bill. The miracle of the patient coming back to consciousness only when Rory was with him would get her attention.

Writing the scenes where the patient went in and out of consciousness didn’t pose a challenge. The challenge was finding examples to share with an unbeliever that best illustrated the love and magnificence of God.

FQ: Typically stories have a well-seasoned/experienced Christian lead a rebellion so again, this was another interesting choice. Why Rory, a young adult, and a brand-new Christian, as the one God called to lead the rebellion against the United World Order?

GOLD: Jesus can use anyone who is willing. Sometimes a new convert is more willing and more pliable. The new convert doesn’t have as many preconceived notions to get in the way of what God is saying. A seasoned Christian may hear what they believe Jesus should be saying instead of what He actually says.

FQ: What made you decide to have an angel be a part of the story? Is the portrayal of the angel who visits Rory based on a personal experience, or is it of someone from your life? If not, where did you get your idea for how to describe the angel in appearance and interactions with Rory?

GOLD: Angels appeared to several people in the Bible—Lot and his family, Daniel, Mary the mother of Jesus, etc.—when something huge was about to happen. Gaining freedom from the UWO was huge, so the appearance of an angel felt appropriate. From encounters described in scripture, angels seemed to have looked like a person. Sometimes an individual knew immediately that he was in the presence of an angel and other times the individual figured it out later. I chose to make Gabriel look human but different—extremely tall, timeless, and glowing—so that between his message and his appearance she could figure out his angelic status.

FQ: Why did you use a freezing sensation to signify the Holy Spirit was speaking to Rory? Has that happened to you or anyone you know?

GOLD: The freezing sensation is from personal experience. For as long as I can remember, during a testimony or a sermon when someone relates how God has moved in a beautiful way, I feel a sensation similar to a brain freeze. Over time, I have decided that it is the Holy Spirit confirming that the statement is the truth. That made it a natural reaction to use for Rory.

FQ: Are any of the miracles God performs in the story based on actual events?

GOLD: Ruby was healed so that Rory would know that Jesus was real. This was based on the disciples asking Jesus if the man who had been blind since birth was blind because he sinned or because his parents had sinned. Jesus said neither. The man was blind so that God could be revealed when Jesus gave the man sight. The sensational miracles during what should have been Rory’s execution were based on the epic-type of miracles that God performed with Moses in the Old Testament.

FQ: Since this is the first book in the Power Unleashed Series, will the second book focus on the rebellion and the continuation of Rory’s faith journey?

FQ: Thank you for asking this. I am excited about the second book. Rory will grow in faith and obedience. She will learn first-hand the difficulties of forming a new government, and she will deal with post-traumatic stress disorder from her time at Gibbons. The story will also deal with second chances. Several characters who made mistakes in The Lion Within will be given a chance to start over and become the men/women Jesus desires for them to be. The United World Order that survived in the Eastern and Central Zones will be a nasty thorn in the Western Zone’s side as the UWO sets their sights on retaliation.

Posted by FeatheredQuillBookReviews at 10:42 AM