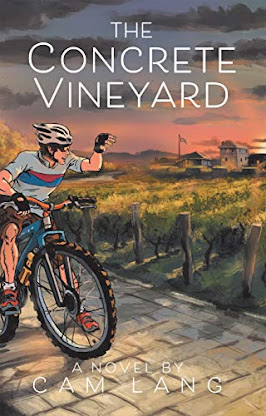 On Canada’s 150th birthday, 91-year old Edward Mitchell, who is quite the celebrity on Niagara-on-the-Lake, is mysteriously killed. As the investigation begins, instead of finding answers, more questions arise as leads and revelations point to different people; it seems like everyone has a motive. As if his death is not enough of a mystery to solve, it is also a puzzle to figure out what happens now to his vast private property since he doesn’t have a next of kin. Or does he?

Detective Bryan Dee, the chief investigator (also an avid golfer), makes his move but the private property alone would take days, even weeks, to finish searching. He's annoyed he's losing time for his dear sport but he's got to do the work. Fortunately, his urban planner best bud Kris Gage is taking a vacation and visiting the town shortly. Since Kris is an expert with properties, Bryan initially asks for his advice. The next thing they know, Kris is also investigating the murder. But the deeper they go, the more and more people get involved. Is it the shady realtor and his son who did this? And just a few days after Edward's death, his best friend and executor of his will, Benedict Picton, goes missing. Looks like the cause of this whole fiasco points to the will, the beneficiary, and of course, the inheritance. The more secrets they uncover, the more Bryan realizes that he can’t trust anyone, not even Kris.

Cam Lang’s The Concrete Vineyard has the power to intrigue. A huge chunk of the book carries an intellectual tone but there are witty moments too. The book anchors on great world-building that strongly appeals to the senses. However, due to the complexity of the story, the main narrative gets sidetracked by subplots, character backgrounds, and the setting’s history.

At first, it’s not even obvious what the plot is about. It was mentioned at the very beginning that it will be Edward’s last day, but it takes a while to get to his death and the audience’s anticipation dies down waiting for that. Lang writes incredibly well and nothing ever gets predictable. However, as he pours his heart into writing, he gets carried away with details. Although the facts about Canada, wine, and grapes are interesting, as the story progresses, these facts tend to drag down the reading experience. As mentioned earlier, the main narrative gets sidetracked by these facts and more.

While The Concrete Vineyard does a good job in engaging the readers' minds with the main plot, it does have an issue with its voice. There is a constant shift from third to first person. It would have been better if the change happened per chapter. But no, sometimes, within the same chapter, there would be a sudden change in point of view. This makes the transition rough and confusing.

Quill says: In general, Cam Lang makes a good and compelling debut in The Concrete Vineyard. But looking closely, some details need to be more concise and consistent.

For more information on The Concrete Vineyard, please visit the author's website at: www.camlangauthor.com.

Posted by FeatheredQuillBookReviews at 3:25 PM