Today, Feathered Quill reviewer Charline Ratcliff is talking with Brigitte Goldstein, author of Death of a Diva: From Berlin to Broadway.

FQ: Brigitte, I certainly enjoyed reading your Historical Fiction/Mystery novel: Death of a Diva: From Berlin to Broadway. Did you pull any of the story from your own personal life experience?

GOLDSTEIN: Not directly from my personal life, but I have been steeped in this period for many, many years, studying the history, the culture, reading the literature, memoirs, listening to people who were there. It’s really a matter of patching together swatches from many different sources and infusing them with my imagination. I try to transport myself into a particular place and time. Some people I know think I never made it out of the Weimar Republic.

FQ: In reading your bio, I noticed your passion toward early modern France – what drew you into the mid-20th century to focus on a tale that deals with the atrocities and hardships of a pre WWII and WWII era?

GOLDSTEIN: In my younger days, I had the pleasure of studying in France. I took a year’s course at the Sorbonne studying what they called French civilization which encompassed everything from literature, history, philosophy, geography. I was particularly drawn to the history of the Middle Ages. But the 20th century, especially 20th century German history is really my field. I wrote my dissertation on German pacifism during the First World War and the Weimar Republic. There was such a movement, a very vigorously one that counted many prominent people among its members. My interest and focus was, however, always more on the broader culture which included the theater and cabaret milieu, the literature. Part of all this is, of course, the Nazi regime and the Holocaust which has been my obsession from an early age.

FQ: Have you ever traveled to any of the locales you use as your story settings – in order to immerse yourself more thoroughly in the culture? If so, as the writer, what do you seek to find or to feel?

GOLDSTEIN: I was born in Germany and am fluent in the language. So becoming immersed was only natural. Since the fall of the wall, I have been to Berlin several times. For a writer, of particular interest is visiting places where other writers have lived and congregated. Many of the famous coffeehouses like the Romanische Café (I call it Romanesque in the book) have been resurrected. The same goes for Vienna. Literary luminaries gathered in these coffeehouses, as I describe in the book, where they exchanged ideas and sometimes engaged in altercations. Now they have been revived and spruced up for the tourism industry, but it’s still possible to transport yourself to a former time and imagine sharing a cup of coffee with Else Lasker Schueler in Berlin or Stefan Zweig in Vienna.

FQ: During your research and/or writing phase of Death of a Diva: From Berlin to Broadway, did you uncover any surprising, or new to you, information and facts. If so, what were they and how did you incorporate those into this book?

GOLDSTEIN: Actually one of the most surprising facts, surprising to me, I came upon was when I researched the making of violins. I had already put Viktor’s birthplace in the Carpathian Mountains and made his father a luthier – a violinmaker. There was no particular reason for this. It just came to me that way. Then I decided I should know something about how violins are made and what I discovered was that Stradivarius and other Italian luthiers of the 17th and 18th century imported their wood from that remote mountain region, somehow the spruce and maple was valued for the quality of sound it produced. There is no agreement on this, but I love it.

GOLDSTEIN: History is an endless source of inspiration. Generally I create my own characters and place them in a particular period and time, mostly perilous time, like the first novel I wrote which puts my heroine through the mill during Huguenot Wars in 16th century France.
My inspiration for the Diva was one of the great Jewish actresses of the German stage and later screen in the 1920s. Her name was Elisabeth Bergner. While they have much in common – Elisabeth was an outspoken critic if the Nazi regime -- Stella becomes a distinct character in the course of the story. For one, die Bergner lived to the ripe old age of 89 (maybe nowadays not so ripe anymore). I started out with wanting to write a fictional account of Bergner’s tumultuous friendship with a Viennese poet by the name of Albert Ehrenstein. I carried this story around in my head for many years – meanwhile writing other things. When I finally had to get it out, it was still the relationship between these two people, however, in transformed. They, and especially Stella, became emblematic of the culture that the Nazis destroyed. Many people are not aware of the tremendous cultural flowering in the early decades of 20th century in the German-speaking world; in all fields, art, literature, music, the theater and the emerging cinema where Jewish artists and writers were in the forefront of innovation and creativity. Stella represented this world and its demise.

FQ: With this specific title, you’ve obviously chosen a difficult world period to write about – an era where racial discrimination was volatile and extreme (and that’s putting it mildly). What, if anything, do you hope that the reader takes away with them upon completion of this book?

GOLDSTEIN: I guess I already answered this question. Of course, readers will take from this tale whatever appeals to them. It can be read, and I hope enjoyed, on different levels. Those who prefer a hard-boiled detective story set in 1940s New York maybe taken aback by the long detour into other regions and cultures of the world, particularly Jewish culture. But that’s what the book is about, that was my intent in writing it. I hope people will learn about a magnificent culture that was destroyed by hooligans and tyrants whose ideology would not tolerate otherness. 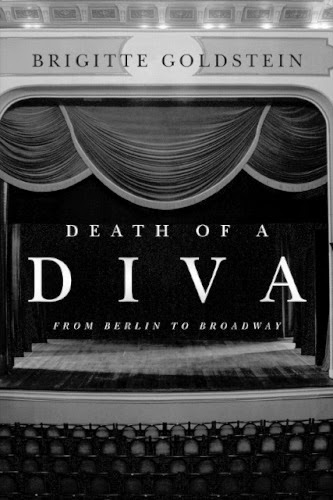 FQ: What’s next in the writing works for you? Will you make a return to France, Germany or a ‘younger’ America? Or will you delve into the rich history of a country you haven't yet set a novel in?

GOLDSTEIN: The story I have just started sends Misia back to Germany after the war. She receives notice that her grandmother may be alive and she is determined against all odd – Germany is governed by the Allied Command and sealed off against anybody traveling in or out. So she has to use much deception and shrewdness to overcome the obstacles. She has matured quite a bit and we’ll have to see what happens on this journey. Even I am not sure. Things pop up along the way.
I also hope to get to a story I have carried inside of me for a long time, set in 14th century Spain, at the time of the mass conversion of the Jews. This too is a little known episode that preceded the expulsion by a hundred years. I hope to bring it to life through the trials and tribulations of my fictional characters.

FQ: Lastly, are there any words of wisdom you would like to share with aspiring writers? Any challenges that you have faced and overcome – that you might be able to steer others past?

GOLDSTEIN: I am a self-published writer and I am grateful that these opportunities exist. They didn’t when I started out writing and was bogged down by many rejections. The only thing I can say is, if you have a book inside of you let it come out. It’s after all like being pregnant. Getting published is daunting. If you still are young, persist.

To learn more about Death of a Diva: From Berlin to Broadway please read the review at: Feathered Quill Book Reviews.


Posted by FeatheredQuillBookReviews at 7:53 PM

Labels: Brigitte Goldstein, Death of a Diva: From Berlin to Broadway.