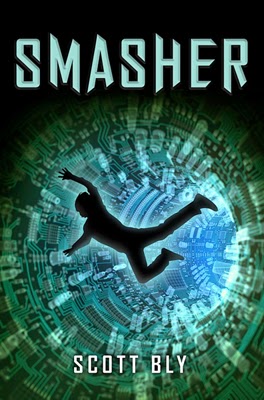 We begin in 1542 in a mountain village near the town of Eamsford. The hero to be, Charles, is being bullied by the usual types when all of a sudden this young girl appears to help him. The girl has many strengths, however; she also has the ability to transport herself into the past and future worlds, and asks Charles to come with her into the distant future to the city of LAanges, year 2042. The girl, Geneva, informs Charles that he is the only one who can save the world. And although Charles is a bit skeptical at first, after talking to his grandfather he decides to run away and join Geneva in her plan.

Turns out, what he finds is tragic. It seems all of Charlie’s family has been killed because of their ‘gift’; they were all able to use the Hum, which is a force that gives the person wielding it great power. Unfortunately, the Hum should only be used out of love for the ‘fellow man,’ but in futuristic LAanges, it’s being used by the fiercest of bad guys…Gramercy Foxx. When it comes to Foxx, the Hum is his ticket to further his plan of taking over the world. When Charlie and Geneva find their way to Foxx’s labs in order to put a stop to some seriously bad stuff, readers will be enthralled by everything from a computer virus to an enormous Gorilla programmed to kill everything in its path to a little puppy that melts any heart.

There are so many factors that will make this book stay in the reader’s mind for a long time to come. From a friendship that will never break to dangerous minions who are on the threshold of ending the world as we know it, readers will feel as if they are hanging on for the ride of their lives.
Not since the creation of Star Wars has there been such an exciting tale of futuristic worlds and true heroes that you will root for with all your might.

Quill says: Sit author, Scott Bly, at his computer to knock out some more adventures of Charlie and Geneva ASAP!


Posted by FeatheredQuillBookReviews at 11:43 AM