Today we're talking with Edmund Contoski, author of The Impending Monetary Revolution, The Dollar and Gold

FQ: I gleaned more information and knowledge in the little more than 200 pages in your book than I have in years from the mass media. If given the opportunity to encapsulate the essence of your book via a commencement speech to a graduating class of 2013, what university would you choose and why?

That's the easiest question you are going to ask me. I would choose George Mason University. It has a dynamite economics department, including Professor Walter E. Williams, who also writes a syndicated column, which I highly recommend. Dr. Williams says, “If asked to generalize, I'd say that GMU's economics department is probably the nation's, if not the world's, only completely free-market department.” That's why it would be my choice.

FQ: You have just been asked to teach an economics class to fifth grade students. What would be the foundational message you would want the children to take away (and apply) at the end of the school year?

Always remember that this country was the only one ever founded on the principles of individual rights and freedom, and that is why this country improved people's lives more than any other in history. Expanding the role of government by diminishing people's rights and reducing freedom is not an alternative solution; it takes society in the wrong direction!—away from the path of progress and to debt, impoverishment and stagnation. Good intentions, more laws and regulations, political promises—even democratic voting—can't substitute for free-market principles that bring prosperity. 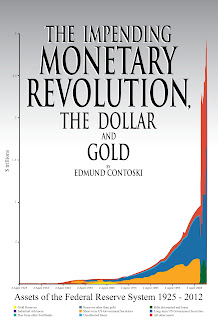 FQ: After reading the following passage: "Now Americans are forced to make economic transactions on collective basis, through government...Millions of taxpayers who will never benefit from the Nevada Cowboy Poetry Festival, Alaska's infamous "bridge to nowhere," and tens of thousands of other federal expenditures are nevertheless forced to pay for them. They can't avoid their economic losses of being taxed for them..." If you were asked to write five bulleted points on how to become a better informed voter before casting your ballot, what would you impart?

I would say consider these guidelines when you evaluate issues, campaign promises, and government programs. These points are interrelated:

- THE PRIMACY OF INDIVIDUAL RIGHTS. Man has “unalienable” rights, meaning they cannot be taken away by government or majority vote—they can only be respected or violated. Among these is the “right to pursuit of happiness”—which is a moral statement that it is right for him to act for his own self-interest and requires he respects others' rights to do the same. Always ask yourself whether a political candidate or his program violates or respects individual rights.

- THE ONLY ECONOMIC SYSTEM based on these rights is free-market capitalism, which permits everyone to act for his own self-interest, where each side in an economic exchange benefits according to the minds of the participants. Thus, all economic transactions are voluntary and “win-win.”

- GOVERNMENT IS FORCE. The only proper role of force in a civilized society is the protection of individual rights from those who would violate them, by force: criminals and invaders. It is not the proper role of government to protect the individual from himself, from his own mind. When government undertakes economic programs to bestow benefits on some people, it is always at the expense of others who must pay for them. Some people win, others lose. Instead of the win-win transactions of free markets, we have the win-lose transactions of a government “managed” economy. The more these win-lose transactions proliferate, the more the economy falls behind what would have been achieved by the win-win transactions of free markets.

- THE END NEVER JUSTIFIES THE MEANS. No moral system in history has ever justified that concept. Robbing a bank is a criminal act. Would it suddenly be moral if instead of using the stolen money for himself, the robber uses it to send his children to college or donates it to the poor or some charity? Of course not. A worthy end would not make the theft moral. It is no more moral for the government to rob its citizens to pay for “good” purposes.

- PRICES TELL US SOMETHING. They tell farmers how much corn or other crops they should plant and industries what products consumers want, resulting in the most economic uses of resources in ways beneficial for society. When government intervenes in the market with, for example, subsidies for ethanol production from corn, price signals are distorted—resulting in overproduction of corn for ethanol and driving up the price up for corn for food, which is particularly hard on poor people. Now, I don't expect the average voter to be knowledgeable about ethanol or a plethora of other subjects. But if you evaluate issues just on the basis of the first four bullet points, your decision will automatically include the correct information on prices, the efficient use of resources, and other beneficial effects. You will see that we don't need government to “manage” the economy, create jobs—or even set interest rates, as the Federal Reserve does. The free market will do all of these things and do them better. 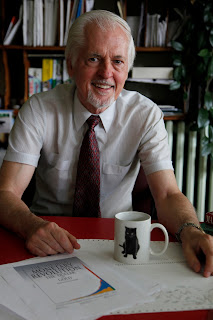 FQ: Do you have an explanation for why "we the people" have allowed Government to impart such a stronghold on us as it endeavors to "fix" the economy?

I think there are two main factors at work here. One is the way government involvement in education has led to infusing students with the idea that government should provide for all the needs of society, just as it provides for their education, the schools and teachers' salaries. This occurs from elementary school right through college. For example, last month the Wall Street Journal showed how the liberal agenda has displaced the historic function at Bowdoin College, which was founded in 1794, and is ranked 18th in Newsweeks' list of America's most desirable colleges. Research by the National Association of Scholars found “no curricular requirements that center on America's founding or the history of the nation.” More shocking, the WSJ notes, “Even history majors aren't required to take a single course in American history,” and “there's the obsession with race, class, gender and sexuality as the essential forces of history.” Some of the seminars offered for freshmen include: “Affirmative Action in U.S. Society,” “Racism,” “Queer Gardens [work of gay and lesbian gardeners],” “Sexual life of Colonialism,” and “Modern Western Prostitutes.” “No course is devoted to American political, military, diplomatic or intellectual history.” There is also dedication to “saving the planet from its imminent destruction by the forces of capitalism.” The NAS report estimated only 4 or 5 full-time faculty members at Bowdoin might be described as politically conservative, and 100% of faculty donations went to Obama in the 2012 election.

The second factor, no doubt due in some degree to the first, is that voters have increasingly learned they can get benefits from the government more easily than by earning them. Meanwhile, politicians have become increasingly skilled at perpetuating themselves in office by promising—and enlarging—those benefits to some by taking more money away from others. Thus two-thirds of federal spending now consists of “transfer payments,” the redistribution of wealth from some people to others. And the Federal Reserve, in the absence of a gold-backed currency, is able to provide an unlimited amount of money for such spending and robbing even future generations.

FQ: You quote Professor Kelley L. Ross: "After the actual experiences of the 1930s and the 1970s, Keynesian economics should have been refuted, and it should not have been necessary to do that all over again in 2009. That it was done all over again, to similar miserable effect, should have at least persuaded all the die-hards. That it didn't should properly arouse our suspicions that more is involved than just economics." In your opinion, why was Keynesian economics put into play once again.

Ross is right that more was involved than economics. The underlying factor was ideology. Keynesian economics was invoked because it was convenient, not because it was correct. It provided a seeming plausible rationale for the vast spending required for Obama's socialist agenda, including Obamacare and his colossally wasteful and ineffective stimulus program, and for the Congressional votes that would be needed to pass those measures. His socialist past has been documented by Dinesh D'Souza, Stanley Kurtz and others and even by Obama himself in his book “Dreams From My Father.” His father was a socialist, and it is revealing that Barrack did not title his book “Dreams of my Father” but “Dreams From my Father,” indicating his father's dreams are his as well.


FQ: I thoroughly enjoyed the overall message and educational value your book provided. Further it is impressive that you were able to deliver such riveting information, with exceptional class as your tone is far-removed from sounding biased. Having the opportunity to review your book and interview you has been an absolute pleasure. Are you currently working on a new project? If so, would you mind sharing?

I am not working on a new book. In fact, I didn't plan on writing this one. I had two books published in 1997, Makers and Takers: How Wealth and Progress are Made and How They are Taken Away or Prevented, and The Trojan Project, a novel of intrigue about restoring America. They received acclaim both for content and literary style, but I thought I would never write another. Fifteen years later what I saw happening on the international monetary scene, as well as inside the U.S., led me to write Impending Monetary Revolution, the Dollar and Gold to try to warn people.

If I were to write another book, it would probably be about my cat. Of course, everyone thinks his or her dog or cat is really special, but when veterinarians, who see hundreds of them, think yours is truly extraordinary and does things they've never seen before, that is very meaningful. I would like people to know that such a cat existed.

To learn more about The Impending Monetary Revolution, The Dollar and Gold please read the review at: Feathered Quill Book Reviews.


Posted by FeatheredQuillBookReviews at 10:28 AM