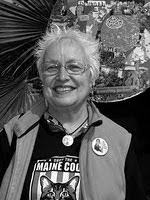 
A friend and I were talking about books a few days ago. With me, that’s not unusual: I’m always surrounded by books. When I’m not editing potential books, I’m reading novels. My friend and I write book reviews for both print and electronic media, and what came up in our recent conversation was the fact that we’re seeing more and more books published by print-on-demand and vanity presses. What we’re seeing in these books are lousy production values. I told her I had recently declined reviewing a book that the author had obviously just pulled out of her printer and taken (I guess) to Kinko’s. It was double-spaced and lacked even a single page number. And it was filled with typos and usage errors. “I’m seeing a lot of books I think are really unfinished,” I said. “Authors who use ‘it’s’ for the possessive. Whose subjects and verbs don’t agree. Who can’t punctuate dialogue correctly.” “For sure,” said my friend. “And semicolons where there should be commas. Unintentional sentence fragments. Colons in the middle of a sentence.” We both chuckled. “Why don’t more authors read The Elements of Style?” I asked. Her reply: “People who can type seem to think that’s all it takes to write a book. Sometimes they don’t even know they need help.”

We were not, alas, just complaining to be complaining. We’re both seeing diminished editing. So let me state what I know to be true. Inexperienced authors seem not to know what good editing is. But it’s not always their fault. Some traditional publishers, who are interested only in making money, have zero interest in good writing. And I’d swear they’re hiring sophomores as editors. When they make changes that introduce errors into a book—this has happened to me and many of my friends—such editors are not helping the author Some of the on-demand presses and very small presses do offer editing services, but they’re almost always both expensive and insufficient. I’ve done editing for print-on-demand presses, so I know they often hire people they call “evaluators” (who have responded to those “earn big money at home” Internet ads) to edit manuscripts. The publisher gives the evaluator a handy checklist and instructions to “follow the rules.” That’s what they call editing.

So what’s an inexperienced author to do? Here are a few things you need to know about finding a good editor:

1. Don’t ask your husband or your best friend to edit your book. They love you. They’ve probably been supporting you in the hard work of writing a book. They don’t want to break your heart by changing or criticizing your work. What you need is fresh eyes. You need an editor who will spot errors you don’t even see anymore, either because it’s a fine point of grammar or usage you don’t know about or you’ve seen it so often you don’t even see it as an error.

2. Don’t try to save money by hiring the cheapest editor. When you pay cheap, that’s what you get. If you’re going for cheap, it’s highly unlikely that you’ll get an expert. A college drop-out or an English major who took a lot of literature classes but avoided all the advanced grammar classes won’t be able to help you very much. Someone who studied grammar but knows nothing about anything else, like history or psychology, may not be very helpful, either.

3. Find a good editor before you go to a literary agent or publisher. A good editor who will help you not only with your manuscript but also with the emails you send to literary agents or publishers can be worth her weight in gold. Everything you write needs to be clear. Without typos. Without common usage errors. You’re judged by your emails before the agent or publisher even looks at your book. The money you pay your editor is an investment in yourself.

4. Keep in mind that your reader doesn’t live in your head with you. You need an editor who can help you “translate” your rough draft into something both full-bodied and readable. The rough draft is a mind-dump: you just get everything on paper (or on the screen), but then it requires good editing so other people can understand what you intended to say. When I’m editing, I’m forever writing notes to my authors. “As written, this says so-and-so. Is that what you really mean? Can you please clarify?”

My friend and I firmly believe that anyone has the right to write a book. I once edited a book written by a young man who was in jail for robbing banks to support his drug habit. I’ve edited books for people whose opinions I don’t even begin to share. But they have the right to write. And it’s my job to help them write better. My published authors consistently tell me that they’re glad they didn’t go with cheap or inexperienced editors. And that’s what warms the cockles of an editor’s heart.


Barbara Ardinger, Ph.D. (http://www.barbaraardinger.com/), is a published author and freelance editor. To date, she has edited more than 200 books, most of them for authors going to small, vanity, or on-demand presses. The 200 projects are both fiction and nonfiction and also include screenplays, children's books, academic discourse (textbooks and doctoral and master's theses), web site text, and some poetry. Fiction edited includes romance, action-adventure, science fiction, western, mystery, historical, speculative, and horror novels. Nonfiction edited includes philosophy (mostly mainstream metaphysics and New Age), Calvinist theology, holistic health, science and technology, political tracts, business topics, history, and memoirs and biography. The authors live around the U.S. and around the world, and for many of them, English is their second language. Barbara has also taught university classes in writing and public speaking and has worked as a technical editor (four different industries).


Barbara lives in Southern California with her two rescued Maine coon cats, Heisenberg and Schroedinger. When she can get away from the computer, she goes to the theater as often as possible—she loves musical theater and movies in which people sing and dance. She is also an active CERT (Community Emergency Rescue Team) volunteer and a member (and occasional secretary pro-tem) of a neighborhood organization that focuses on code enforcement and safety for citizens. She has been an AIDS emotional support volunteer and a literacy volunteer. She is an active member of the neopagan community and is well known for the rituals she creates and leads.
Posted by FeatheredQuillBookReviews at 1:50 PM