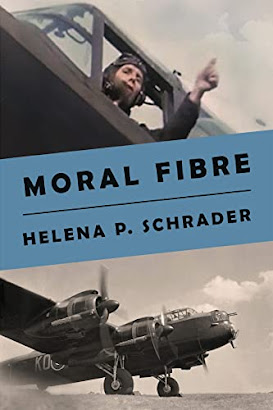 FQ: Helena, yet again, you’ve written a stunner! Your resume is, suffice to say, a colorful one. Can you tell readers what exactly intrigued you so much about history that you ended up going for your PhD in the subject at the University of Hamburg? Were you set on this path as a youngster?

SCHRADER: I had the great good fortune to be born the daughter of a man who served as an exchange professor in Japan, Brazil and England. As a result, I was taken to historical sites as a child. I specifically remember my father taking me through the Colosseum in Rome when I was four and telling me: "This is where they fed the Christians to the lions." Instantly, I started looking around with wide eyes, wondering where the lions had been keep and the Christians had been. I asked myself how the latter might have hidden or escaped. Later, whenever we visited a castle, cathedral or ruin etc, I wondered what had happened there and how people had lived, what they had thought and felt. In short, an early exposure to historical places triggered my imagination and with it my desire to learn more about history.

FQ: Tell us about your work in the U.S. diplomatic corps and, perhaps, how that service in Europe and Africa helped with your novels?

SCHRADER: Working and living abroad as a diplomat is more intense than simply visiting as a tourist. For a start, as a diplomat, you live in a place for years rather than visiting for a week or two. Furthermore, you have access to the people in a different way than as a tourist. In my job, I had access to senior government officials who could explain policy and give me an overview of developments, but I also talked to refugees, to patients and doctors in hospitals, to union organizers, to factory owners and entrepreneurs, to religious leaders, and more. That can of exposure to different people with very different perspectives reveals the complexity of a country and enables you to develop a more nuanced and comprehensive understanding of the society as a whole. I think that I took those skills, developed while trying to understand different countries and cultures, to my work as a historian and novelist. Ultimately, the lifestyle, values, balance of power between classes and sexes etc change over time, which means that past eras are as different from modern society as a foreign country. By approaching the past as an "alien" society, I was better able to perceive and depict the differences -- but also the similarities.

FQ: If someone were to ask you (if there was some very real Harry Potter-like magic out there), who you would like to sit down with from history and speak with, who would be the person you’d select? And what would you most like to know?

SCHRADER: Actually, I'm quite terrified of the thought of meeting historical personalities. If they were outstanding enough to be remembered positively by us, they are inherently intimidating. I consider myself too insignificant to be able to just relax and chat with them -- even if by that same magic we could find a common language in which to communicate.

People who I might want to humbly listen to as they gave a talk or some such thing include AVM Park and Leonard Cheshire -- and obviously Balian d'Ibelin and Leonidas of Sparta -- but I wouldn't be at all comfortable trying to talk to them,

And then there's that terrible risk, at least with the more ancient figures for whom we have less data (e.g. Leonidas or Ibelin) that they wouldn't be at all as I imagined them to be and I might discover I'd "got it all wrong," that I'd misinterpreted them entirely, and I didn't like them as they really were. That would be terribly disappointing!

FQ: You’ve lived in so many locations – from Brazil to Kentucky and points in between. Is there a specific location you enjoy more than the others? If so, what is the one thing that draws you to that place?

SCHRADER: My husband and I retired to an island off the Peloponnese in Greece. We chose it because it is beautiful, peaceful, warm, and historical (it was mentioned in the Iliad). It is sparsely populated with lots of old stone houses, olive orchards, fishing villages and thousands of wild flowers, but only a low-level of tourism. The people are friendly and caring, and polite to one another, which includes wearing masks out of respect and without resentment much less outrage. People don't go around carrying guns, either. OH, and being Greek, they still value democracy and would not vote for a party that condones violence to prevent the peaceful transfer of power -- no matter how high inflation or how disappointing it is that COVID19 continues to be an issue.

FQ: Your nonfiction titles are just as intriguing as your fiction. Can you speak to up-and-coming writers out there about the pros and cons of each? Is there one you prefer to write, or is it the subject/person that makes you head down the path to the next book?

SCHRADER: The great advantage to writing non-fiction is that you don't need an agent to approach a publisher. This makes it comparatively quick and easy to find a reputable publisher, provided you have an interesting topic likely to appeal to a sufficiently large market. I also find researching and writing non-fiction easy and straight-forward. It comes from the head rather than the heart and is more businesslike. I can choose a topic based on gaps in existing literature and then do systematic research and turn out a book on a schedule.

Writing fiction is much more emotional. I can't write something because it "would make a good story" or because some story conforms to current trends. I can only write what is inside me, that is, I can only write about something that inspires me, moves me and fascinates me.

If I find a character or a story so compelling that I have to write about it, then I do. Because my novels come more from my heart than my head, I am passionate about sharing them with others, which means I want to see them published sooner rather than later, or not at all. Which means, I must self-publish because my experience with agents has been unremittingly terrible, I won't work with them. Period. (E.g. eighteen agents told me there was no market for my book on women pilots. Yet three out of six publishers wanted to buy it. That says to me that all 18 agents didn't have a clue about the market -- yet they are the "gatekeepers" to commercial publishers for novels and then take a cut of all your earnings if you succeed. I don't see the "value added.")

The draw-back with self-publishing is you don't have the marketing budget and sales force and exposure that commercial publishers have so your chances are one in 100 of having sales comparable to a commercially published book. Then again your chances of seeing your book published are about 100,000 times greater of getting published at all! I'd rather sell fewer copies than not sell any. But every author needs to make that decision for themself.

FQ: Can you tell us if there is more “Kit” to come in our future? Or, if not, what you are currently working on that will, hopefully, hold us until it actually arrives on the market?

SCHRADER: My next project is a trilogy on the Berlin Airlift that will bring together several characters from both Moral Fibreand Where Eagles Never Flew in a series that examines this fascinating and amazing bloodless victory over brutal Soviet aggression. Kit and Georgina will indeed return -- along with Robin and Emily Priestman, David Goldman and Kiwi.

FQ: Considering the tremendous number of subjects you write about, do you ever experience, or worry that you may one day experience writer’s block? And again, to help writers out there, is there anything specific you do to overcome this?

SCHRADER: I've never had to deal with writer's block. My perpetual problem is finding enough time to write. Ideas generally build-up while I'm occupied with other tasks -- before I retired, my full-time job constantly got in the way of writing! Even now, I find myself writing scenes instead of sleeping or while walking the dogs and I'm frustrated that I can't sit down and write them immediately. I am disciplined about getting my chores and shopping and other obligations done. So when I sit down to write, there is usually a huge backlog of things I want to write down -- and I rarely manage to write it all before my next obligation (making dinner, or whatever) gets in the way. I suppose, if I ever did find myself at a loss, I'd just wait an hour or two and trust that the ideas would come to me a little later.

FQ: Last, but definitely not least, how do you feel about the current “history” we are making with the Putin situation, as well as COVID? With your diplomatic background, do you have any ideas for future novels eventually coming from these subjects?

SCHRADER: Not directly. We have no historical perspective on what happens in our own life-time, and I would not be comfortable writing about current events because they are "unfinished." We don't now how they end.

That said, the parallels between COVID and the Black Death in the 13th century make a work that includes that historical pandemic particularly attractive, and I've long wanted to write a biographical novel about Edward the Black Prince, who lived through the Black Death.

Likewise, the parallels between Putin and Stalin are chilling and it is in part the similarities in attitude and behaviour between Russia then and now that makes the Berlin Airlift Trilogy so timely. As I do my research for it, I keep finding more and more patterns of behavior that echo what I read in the media about Russian behavior in Ukraine - -the use of misinformation, the manipulation of elections, the bald-faced lies and threats, widespread theft, rape, deportations. Only the actual shelling and "hot war" elements are missing. Yet the story of the airlift is uplifting because it was a victory without a shooting war. It's almost a pity that it will take at least a year before the first book in the series will be ready for release. The series is tentatively titled "Bridge to Berlin" and the first book in the series will probably be called Cold Peace. It will cover the growing crisis leading to the blockade of Berlin in 1947 - 1948. The second book will look at the challenges and costs of the airlift under the title Cold War, and the third book will look at the resolution of the conflict and is currently titled Dangerous Truce. It's a more complex story than Moral Fibre was and may be less popular with readers, but I think it needs to be written. As I said earlier, I write what is in me, not what the market demands.

FQ: Thank you again for your time, and another great book!

SCHRADER: Thank you for your thoughtful questions and a wonderful review!

Posted by FeatheredQuillBookReviews at 12:59 PM