#AuthorInterview with Gideon Halpin, author of Flowers That Die 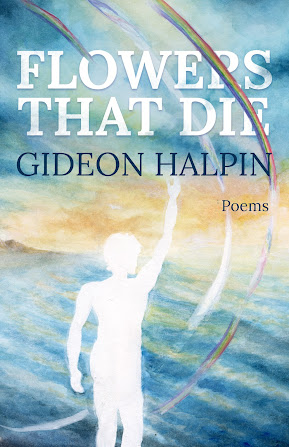 Today, Feathered Quill reviewer Barbara Bamberger Scott is talking with Gideon Halpin, author of Flowers That Die.
FQ: Do you personally identify with “Sad Boy”?
HALPIN: No. I see the poems like stars in the sky and Sad Boy is the set of lines to connect them. Everybody witnesses the constellations and everybody has been Sad Boy at one time or another.
FQ: What advice would you give to someone preparing to read your work with no previous knowledge of your poetic philosophy?
HALPIN: I wouldn't give advice. It's something to be felt rather than explained.
FQ: Do you have plans for more poetry, or will you turn to prose for your next creation?
HALPIN: I think I'm done with poetry for a while. I open a notebook and just don't feel like writing anything at all. To me, that's okay. I feel like I found a voice and used it and now it's time to find something else. I might write a novel at some point, though. I've had some crazy adventures to draw from.
FQ: In your poems, Sad Boy seems to be navigating intuitively based on happenings around him – is that the way any of your poetic works developed?
HALPIN: All of the poems represent an imprint of a certain mood. If the feeling came through then I kept them, but there's a lot of writing that never left the notebook.
There is a certain underpinning of a narrative, though. Sad Boy looking for love and beauty and experiencing the throes of passion, at some point settling down and becoming a man from an outside perspective but still feeling lost, and then at the end, there's a kid in the picture. He became a father. When I wrote the collection, the character of Sad Boy wasn't really a theme. I just laid out all these printed-out poems on the floor to fit into a storyline.
FQ: What writer/poet influenced you most in the creation of this series?
HALPIN: Federico Garcia Lorca, a late Spanish poet. I like about 1 in every 10 of his works, but the ones I love have so much emotion coming from simple word construction. He can tell a ballad, but also use a few pen strokes and give you the feeling like you just lived a whole lifetime.
FQ: Considering that your author bio speaks of desperation and depression leading to versifying, how long did it take to write this work?
HALPIN: It took my whole life. Everything stacked on top of each other from poets my dad read to me, to rap, to Bob Dylan and Leonard Cohen and a host of others, beautiful artwork that I'd seen, cinematography, Cormac McCarthy's books, Kanye West's Runaway film - I watched that just about every night on an iPod Nano for several months when I was 15. I had imagery and feeling from anything well-crafted and I started writing when I was 18 because one of my closest cousins had been rapping and making his own music and somehow that made it seem accessible to me. I think I found a style I liked in 2019, and most of the poems are from then to mid-2021.
FQ: What travel adventures did you call forth in writing pieces specifically focused on natural surroundings?
HALPIN: I wrote a lot when I lived in Morocco. I would wake up in a little hut in a beautiful garden and hear the ocean and the birds outside. My neighbor would usually burn dried rosemary in the morning and the smoke would waft inward. There was also a beautiful terrace that overlooked the ocean and donkeys were turned loose across the expanse. There was plenty of time for dream analysis and inner visions.
FQ: Should the ending of this volume and indeed its title be seen as a way for you, the composer, to let go of the characters and the over-arching themes?
HALPIN: The final poem, Crumpled Napkin, does serve that purpose. It's the last one I wrote, too. A few months prior, I had written the poem called Walk and it felt like the burden of writing was about to be lifted from me and I'm glad for it. I think Sad Boy can be seen as a character who sought the definition for who he was, but came to the understanding that we exist beyond the bounds of our self-image and self-knowing.
Posted by FeatheredQuillBookReviews at 4:06 PM