#AuthorInterview with Katy McQuaid, author of Everybody Loves Grace 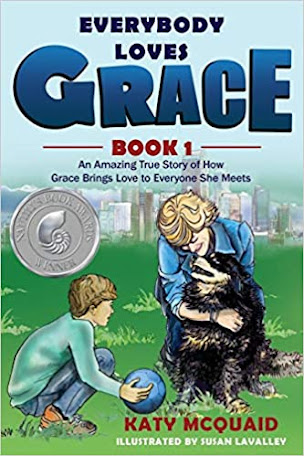 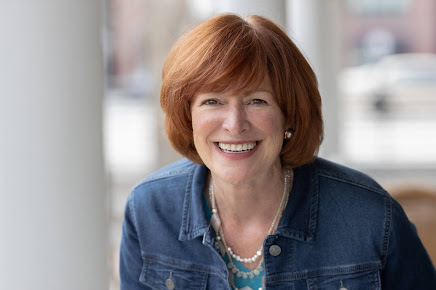 MCQUAID: I work as a strategy adviser to people and organizations. My goal is to lead, inspire and empower people and their organizations to drive through change so that everyone can flourish.
I look at an organization and help identify underlying operational issues and develop strategies for optimizing performance. I like to look at the big picture with someone and help them figure out the steps they need to take to get where they are going.
FQ: There are currently five books in your “Everybody Loves Grace” series. Would you tell our readers a bit about the other books and if you have plans for more books in the series?
MCQUAID: As you know, the first book is about Grace coming to Denver and it shows how her simple acts of kindness change people’s lives and that every day is an adventure.
The second book, Everybody Loves Grace: An Amazing True Story of Grace’s Adventure to the Grand Canyon, offers readers two new insights:
* The journey is an important part of every adventure.
* Good things can happen on the “trail less traveled.”
The third book in the series, Everybody Loves Grace: An Amazing True Story of Grace's Adventure to Texas, reminds readers that:
* Good friends remain good friends even if they don't see each other often.
* Moving to a new place is a chance for new beginnings and the opportunity to make new, special friends.
The fourth book is Grace’s adventure to Utah and the book provides uplifting new insights for readers of all ages:
* Going places with "just the girls" is empowering.
* People and places change over time so, even when we visit a place we've been before, it's always a new adventure.
* Have courage to do the things you want do.
The fifth book is Grace’s Adventure to Pennsylvania where there are new life lessons for children and adults:
* Go for the things you want to do in life
* Don’t put off your bucket list
* Prepare for key events and be flexible when changes are necessary.
I’ve written a sixth book and Susan Lavalley is hard at work on the illustrations for Grace’s Adventure to Washington, DC. This is another beautiful story where Grace reminds us to go our own pace and there’s no place like home.
Posted by FeatheredQuillBookReviews at 1:41 PM