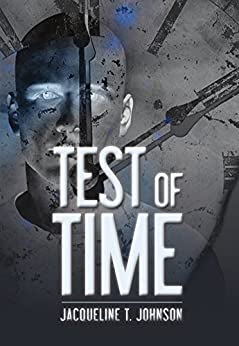 Author Jacqueline T. Johnson presents readers with the first book in the Sons of Meir series, Test of Time, a strong start to her fantasy series.

This engaging fantasy story is set in the majestic, but brutal times when kings ruled nations and regularly battled for control of not only their own lands, but the takeover of other kingdoms as well. Our story begins with Erich, who, through a few strategic moves, has managed to develop a trusted relationship with King Onio that quickly transformed his lowly status in life into not only becoming an imperial soldier in the kingdom of Meir, but a husband to princess Kalya, the future queen. Together with his longtime comrade, Nash, from the kingdom of Noyi, they both come to a mutual decision to forget about, and move on from their roguish former lives, and work toward protecting and strengthening the kingdom of Meir.

Time progresses and as Meir’s army becomes more formidable, it further solidifies Erich’s position as a great leader. But like many nations during this time, peace and power comes at the price of attracting the attention of other nations, ones with their own relentless thirst for absolute power. You see, the King of Noyi, Lugar, has been plotting and building his army to overthrow King Onio and his land. This all appears to be a simple age old premise, kingdoms fighting for power with each other, right? Yes, except for the fact that one of the men is suddenly thrust into a new reality where he comes to realize he was a pawn in a larger, much more sinister conspiracy to not only overthrow kingdoms, but a plot that will ultimately challenge friendships and even blood relationships. But will the men overcome the challenge thrown at them and do what is right, or will they succumb to powers greater than themselves?

Test of Time is an intriguing story filled with adventurous suspense that will undoubtedly keep your attention until the cliffhanger ending. It should be briefly noted however, that some readers may find a few abrupt scene changes while reading that may disrupt the natural flow of the story, so it is advised to read carefully in order to fully enjoy the story as it unfolds. However, the author has developed solid, realistic and likable characters that easily allows readers to become fully engrossed in the storyline, and look forward to what happens next in the sequel.

To learn more about Test of Time, please visit the author's website at: jt-johnson.com

Posted by FeatheredQuillBookReviews at 10:38 AM