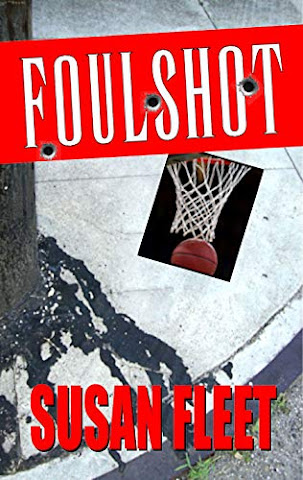 I’ve had the pleasure of reading many thrillers featuring Frank Renzi and, quite frankly, I have loved each and every one of them. As I stated in the past, there is no place better to set a suspense masterpiece than on the streets of New Orleans. It also is a huge plus when you’re standing beside Renzi, as he is one heck of a Homicide Detective—a fact that has certainly never changed throughout this now, 10-book series.

Renzi is not only as diehard and gritty as the streets he protects, he is also extremely witty (yes, sarcasm still rules; just ask Dean Koontz about that), and makes you feel as if you’re his partner in solving the mystery that lies before him. For fear of divulging too much information and risk ruining the read for those out there who simply have to read this, I will be careful from here on out.

This particular tale focuses on not only one victim—we’re talking a trio. Oddly, they are all murdered in a New Orleans club and have backgrounds that don’t exactly add up. In other words, their chosen careers have certain “links” but they are not necessarily people you would normally expect to see together. We have a bookie who readers can certainly see delving into some illegal activities. Thus, he certainly could have some connections to the second victim who is actually a mobster. The third and final person to meet up with death inside the club is an NBA referee. Could he have something to do with a bookie, helping him to “fix” games? Sure. Which may then lead to how a mobster could also be involved. However, it is Renzi’s job to not only figure out these connections, but also try to answer the question as to who the actual target was, or were they all in the “sites” of the killer.

Another monkey wrench comes from the fact that the killer is actually in jail. So, what’s the big deal, you ask? Well…things are never simple in Renzi’s world. He wholeheartedly believes that the killer, who remains silent inside a cell, is a hired gun, and that the real “bad guy” who paid for these people to die has to be found in order to uncover the real reasons behind it all.

Author Susan Fleet continues to throw out a web of lies, secrets, and red herrings that make the reader so unbelievably interested and invested in her book that they literally can’t put it down until the very end. We are talking about a major mastermind with an ego the size of Russia going against a detective who has seen it all, done it all, and has the brains to solve it all – making for an unforgettable story, yet again.

Quill says: From Renzi’s introduction in Absolution to this incredible Foulshot, Fleet has created a set of ten books (so far) that should be heralded as being among the “best of the best” thriller series EVER to be written!

Posted by FeatheredQuillBookReviews at 12:46 PM