Interview with Author James A. Misko

Today, Feathered Quill reviewer Diane Lunsford is talking with James A. Misko, author of As All My Fathers Were

FQ: As cliché as it is to say, a writer writes what a writer knows! That said, how much of your own ranching experience found its way onto the pages of As All My Fathers Were?

MISKO: Virtually none. The canoe trip, the horseback trip—yes, I have done both in many locations and circumstances. The farming stuff was research by books and interviews with organic farmers and internet.

FQ: I covet a book that can draw laughter as much as tears from me when I am immersed in the story. There was one instance that brought absolute, raucous laughter from deep within me. I purposely marked Page 266 and went back a few times and re-read the passage. There is an exchange between Seth Barrett and the hotel bell boy when, in an abject, but direct way, Seth calls him an ignoramus. Did you find there were times in the writing of this book when it wrote itself rather than you directing the course? If so, was this one of those occasions and does this happen often when you are writing? 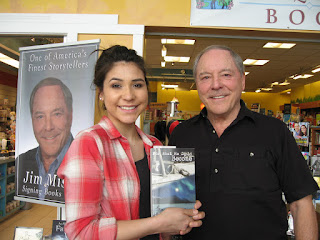 MISKO: I think there are times when you get into the character and you just know how he is going to react to the circumstances. Sometimes it is humorous and sometimes sad, but I, like you, enjoy them both in a book. I am so concentrated when I'm writing that nothing gets into my vision but the words going from my mind down to the computer screen and I love it when readers pick those out and love them too.

FQ: It is obvious you have a love for the Platte River and its history. Did you spend any length of time getting to know it while you were writing your book?

MISKO: I lived with it on Google Earth every day and drove Highway 30 from Plattsmouth to Ogallala and back twice with stops in many places along the way. Google Earth will take you to 20 feet above the surface and you can see almost anything. It's a wonderful thing to see the channels and know that mentally you are there on the river feeling it.

FQ: In line with Question 3, what characteristic stands out most for you when it comes to defining the mighty Platte?

MISKO: It reminds me of the buffalo or moose. It moves so slow most of the time but when it gets a head of water up it and roars; everyday watchers are astounded at its majesty and power.

FQ: You have a colorful work history. Of all the work adventures you’ve had, which one was your most memorable experience and why?

MISKO: Working in the Big Muddy oilfield in Wyoming in the winter on a night that was twenty below zero with a seventy mile an hour wind blowing and the driller told me to go open the drain from the sump pond as it was freezing up. I fell in the sump but it was like heavy gravy because of the severe cold and I didn't sink below my waist. By breaking the ice and pawing and climbing I made it to the far side, got out, and my clothes froze at once. 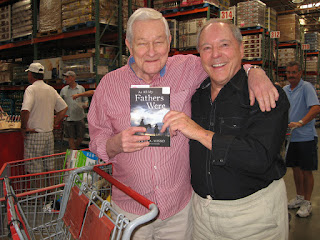 FQ: How much of an inspiration was your 350 mile navigation down the Columbia River when you sat down to pen As All My Fathers Were?

MISKO: Totally different circumstances. Columbia is fast and deep and cold. The Platte is shallow, slow and quite warm in the summer. Canoeing techniques similar but a distance apart, but once you know how to handle a canoe it works on any water surface—and I wanted it to work on this.

FQ: I’m often intrigued by a book’s title and how it complements the story. There isn’t a lot of mention of your characters Seth and Richard Barrett’s father throughout the story. Therefore, I’m curious how you came up with the title.

MISKO: I want a working title before I began a novel and usually look in the Old Testament for a phrase that moves me. I like longer titles, unlike Jim Michener who used one word titles. All men come from fathers, yet the mother in this case was the survivor and handed down the ranch. The title comes from a Bible verse, "Hear my prayer, O LORD, and give ear unto my cry; hold not thy peace at my tears: for I am a stranger with thee and a sojourner, as all my fathers were." - Psalms 39:12 King James Version

FQ: I am in awe of your storytelling ability. When I read your dedication, I knew I was in for a long overdue treat of a great read after reading your personal favorites of living and deceased authors. We have similar tastes in those authors who inspire. In both categories, you’ve listed some of the greatest storytellers over time. If you had to pick one of the living and one of the deceased to be your ‘number 1’ who would it be and why?

MISKO: Since my book was published, John Graves and Kent Haruf have died so don't know where to put them as it pertains to your question. But John Graves would have been my living author. The deceased would be R.F. Delderfield. And both would be because they took time to develop their characters as you would in real life. Bits and pieces of character would come along as the reader got to know the people in the story and you can feel the character, be with them, and know them. 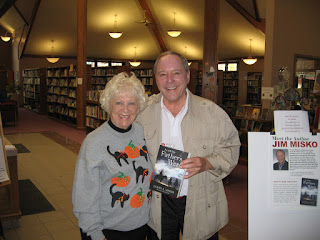 FQ: There is a comfortable and familiar cadence to your writing style. I believe with every fiber of my being there are writers who evolve and writers who were born with the gift. In my opinion you were born with the ‘gift.’ How old were you when you knew you would (most likely) write for the rest of your life and was there ever a time you had your doubts about pursuing a writing career? How did you overcome the notion?

MISKO: I started writing fiction in college and other than a stint as a feature writer for a daily newspaper, wrote only fiction for five years. I produced two novels, neither of which sold. Then I entered the real estate business and gave it my heart and soul for forty years and had two real estate non-fiction books published by NY publishers in that day. I am very happy when I am writing and have a novel going well. My wife and friends notice the difference. When I am struggling with the 6th or 9th rewrite of a novel, I don't believe I was born with the gift, but others have said I was. Having been writing for over fifty years I knew then that I would always write. I have not had any doubts about it. Doubts about getting published and rising from the top 10% of authors to the top 2%--ah, that's a different story.

FQ: While it is beautifully sublime, the nuance is strong throughout this story that carries a message of considering kindness to the earth we walk. There are wonderful layers to your story that carry this sentiment throughout and I wonder if you spend a fair amount of time focusing on practicing the organic way in your own life. If this is an accurate assumption, what was your tipping point to opt for such a way of life?

MISKO: We had an organic garden in Oregon in 1972 and started knowing the difference in tasty, fresh, wholesome foods vs the processed. Ever since then we have spent the extra money to eat foods that are not harmful to our bodies or minds. One meal a week we eat hamburger, milk shakes and Cheetos but even then the hamburger is organic. I have no idea how Cheetos are made and probably don't want to know.

FQ: As I stated in my review of All My Fathers Were, there hasn’t been a cowboy story since Lonesome Dove that has consumed me so. While the plots are different, I likened the love the Barrett brothers had for each other to that of the love Gus and Woodrow had for each other. Has anyone else made a comparison similar to this? What is your reaction to such observation?

MISKO: Yes, Howard Frank Mosher in his blurb for the book cover, mentions it. And I could picture Gus leaning on the saddle horn on page 266 (you mention above) and carrying on that conversation with the hotel employee. My brother and I are fifteen months apart and very different, not unlike Seth and Richard. Our sister is adopted. It was not a surface thought when I started the novel. I was thinking about writing something similar to what Daniel Boone did when he was sixty going up to the headwaters of the Missouri River from St. Louis, alone and on foot. Then I didn't want the Missouri, I wanted a river I knew and loved and that became the Platte. Then I had to have a reason, a compelling reason for them to do that and it evolved into the plot that it became with numerous changes as it developed.

FQ: Thank you for the jewel of As All My Fathers Were. It was an honor and pleasure to read and review it. The world of readers needs another treasure from you. Are you working on your next project and if so, would you care to share?

MISKO: It took awhile but I finally chose one of eight novel ideas I had running around in my head and got started on it in April. I'm now over 30,000 words and it is going well. The working title is The Path of the Wind and again comes from the Old Testament: Ecclesiastes 11:5 "As you do not know the path of the wind, or how the body is formed in a mothers womb, so you cannot understand the work of God, the maker of all things." It is a story about a first year teacher hired to teach in a dying school district by a Superintendent who is determined to go down with it.

To learn more about As All My Fathers Were please read the review at: Feathered Quill Book Reviews.


Posted by FeatheredQuillBookReviews at 5:22 PM

Labels: As All My Fathers Were, James A. Misko