FQ: I would like to begin with the character of David Shepherd. He is a very outspoken individual, strong and forthright, so much so it sounds a lot like he is a preacher. Does this character have any special meaning for you? Such as, is David the person delivering your own personal views while being the "verbal sharpshooter" as you refer to him in the novel?

PINSKER: Just like his Biblical namesake (which wasn't coincidental; all the characters in The Second Coming: A Love Story are modern updates of Bible characters), David is a warrior with blood on his hands. He's never been able to forgive or forget those who've wronged him, and he's as much defined by his insecurities as he is by his strengths. By trade, David Shepherd is a speechwriter for far-left causes, and you're correct: He's almost evangelical in his bloodlust to out-preach, outduel and outgun his (perceived) enemies. On the surface he's witty and charming - a hip, trendy Washingtonian who'd be a blast to gossip with at a DC cocktail party - but a river of unresolved rage is always bellowing below.

As for the second part of your question, no, David wasn't echoing my personal beliefs. None of the characters are. I know this sounds peculiar, especially since it's fashionable for authors to use their stories as a personal soapbox, but it was never my intent to apostatize for ANY ideology, theology or denomination. This novel is an elaborate thought-experiment about religion, politics and the human condition - and all the characters are tools to unlock the Almighty's most vexing secrets. They're rats in a maze, all searching for the same thing, but searching in very different directions.

The Second Coming: A Love Story will directly challenge your belief in God, humanity and the meaning of life... but beyond that, I have no interest in arguing to the death about what happens after you die. That's your burden, not mine.


FQ: The points given in the story are certainly present-day truths. When you look at churches/organizations in the 21st century, do you believe there are those that still were made to basically prey on the people who feel hopeless in order to get the congregation they want? And is it really all just for cash, or do you believe there are good souls out there who mean what they say?

PINSKER: No, it's not always about the money. I'm not that cynical. Instead of casting blanket dispersions on the sincerity of religious men and women, I prefer to take them at their word.
Not all, of course... but most.

Faith-based charities are responsible for a remarkable degree of good worldwide, and we should all applaud them for it. Still, one can't help but remember Harper Lee's words in To Kill a Mockingbird: "Sometimes the Bible in the hand of one man is worse than a whisky bottle." Religion surely makes many people better, but it also makes a percentage far worse - and infinitely more dangerous.

FQ: Do you believe humanity will face Armageddon at some point? And what will be the turning point to make that happen, considering horrific things are happening and have been for hundreds of years?

PINSKER: As our weaponry and scientific sophistication increases, our margin of error proportionally decreases. Deadlier firepower raises the stakes - and we've reached the evolutionary tipping point when we can genetically modify viruses, split atoms in suitcase bombs, and hover armed drones over unsuspecting citizens. War and conflict have always been part of the human condition, but never before have the keys to extinction been in so many hands.

We're standing at the threshold of a great gateway - and the Sword of Damocles is swinging overhead. I don't advise wearing a top-hat.

FQ: It is extremely interesting that you used the pulpit to separate the people; using the congregations as left-wing versus right. Which may just upset some readers...wondering which group followed the evil side. Do you believe that politics is like religion? After all, the leader of the free world holds power, and can pick and choose a great many times when it comes to ruining or bettering humanity.

PINSKER: We might be able to separate church from state, but it's impossible to separate God from politics. Our entire theory of American government is predicated on the belief that God has endowed man with certain inalienable rights - which was a shocking declaration to other nations, who still insisted that rights were bestowed by the whims of a Monarch. Even the constitutional provision of impeachment closely mirrors the Biblical belief in regicide: On occasion, Judeo-Christian morality demanded the deaths of Kings. (Benjamin Franklin wryly noted that the impeachment clause was considerably more beneficial to a President than anyone else - because without it, the only recourse for a President's removal would be the removal of his head.)

Interestingly, if pro is the opposite of con...then wouldn't the opposite of constitution be prostitution?
In The Second Coming: A Love Story, the culture war between Red America and Blue America explodes, and there's never any hope for reconciliation. Since we're already demonizing one another on a daily basis...what would we do when a REAL Demon appears? The hardcore left that hated George W. Bush and the hardcore right that despises Barack Obama have one big thing in common: No matter WHAT happens, the most dastardly motive that could possibly be ascribed to the other side is the one that MUST be true! This is the new American default setting, and there's an intrinsic danger to perpetually thinking the worst about your countrymen.

FQ: How do you think social media changes humanity for good or bad?

PINSKER:L Social media hasn't changed who we are as a people, but it's greatly accelerated our tribalization. A conservative in Red America will see, hear, eat and drink something completely different than a liberal in Blue America. This insularism reinforces our differences, expanding and exasperating the cultural divide. We spend more time in our self-imposed echo chambers than in the outside world.

Before the rise of the World Wide Web and social media, there was far greater cultural conformity. We all sampled and shared the flavors of society's top tastemakers. Red America and Blue America overlapped constantly. Everyone knew about The Beatles, who shot J.R., Michael Jackson's moonwalk and why Johnny Carson hated Joan Rivers.

That’s not the case anymore.

With the Internet, Facebook feeds, digital downloads and all the social media sites, a person can fully immerse himself in his tribal passions 24/7. There is no popular culture; it's all just cult culture. And as The Second Coming: A Love Story explores, who better to exploit cult culture than a cultist? 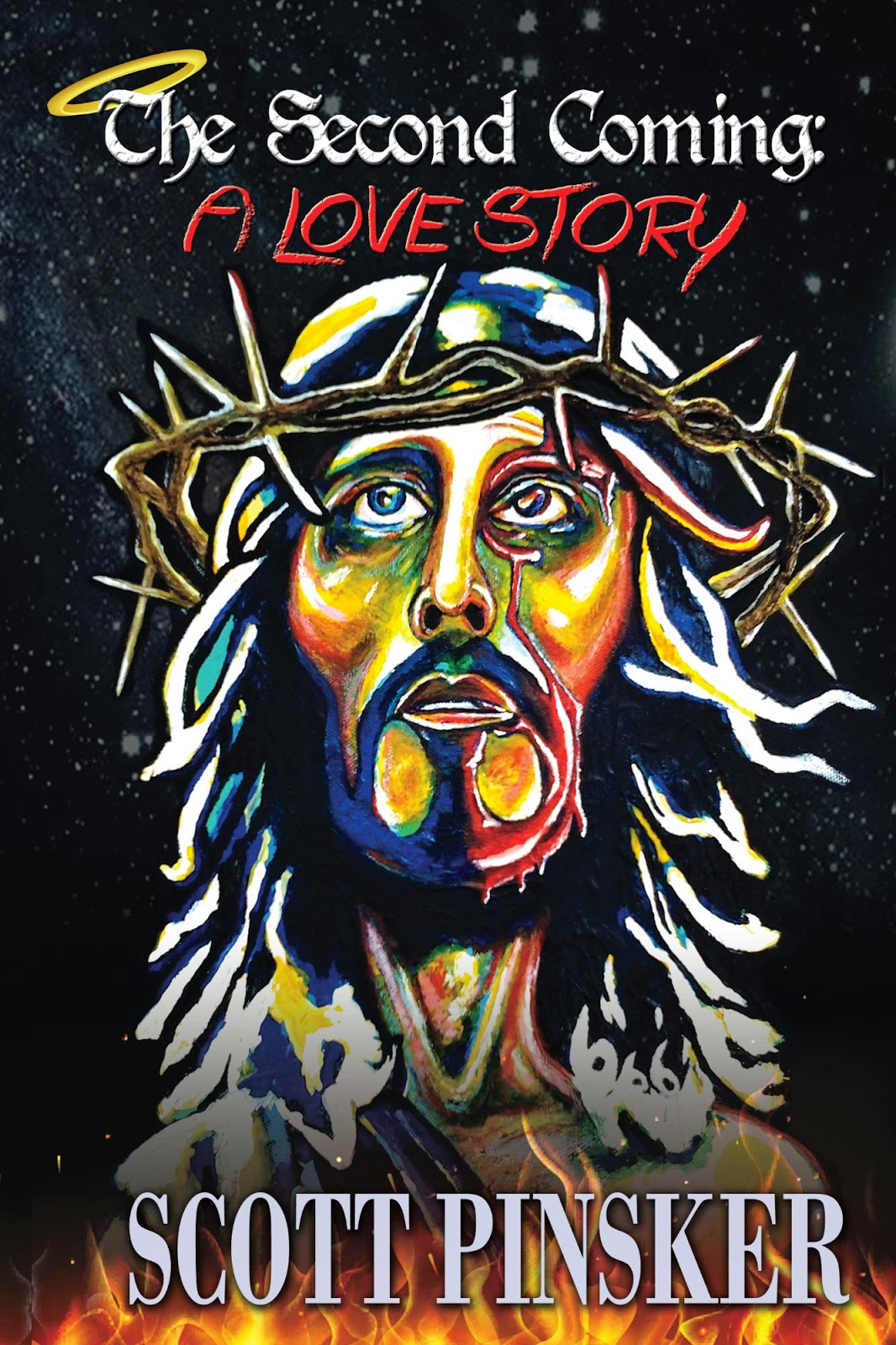 FQ: And, considering the plot of the story, I must ask: If you could ask Him one question, what would it be?

PINSKER: Hmm... I'd ask God, "What should I do to be a better father?" I have two little boys, and being a good Daddy is the most important thing in the world to me. (Or maybe as a Dallas Cowboys fan, I'd ask him why He's clearly CURSED Tony Romo...? Argh!)

FQ: And...what would you hope His answer would be?

PINSKER: Imagine if God simply answered, "You're doing good, Scott. I love you and I'm proud of you." What could be better than that?

To learn more about The Second Coming: A Love Story please read the review at: Feathered Quill Book Reviews.


Posted by FeatheredQuillBookReviews at 3:18 PM