FQ: Like so many people, you were teased as a child. For you, it was your big ears (me too – I was called ‘Watermelon ears’). Is that what inspired you to write the Johnny Big-Ears series?

Yes, most definitely what inspired me to write the Johnny Big-Ears series was the fact that I was teased because of my ears from elementary all the way through my high school years. Another inspiration is my love for writing. I wanted to write something inspiring to help others. This is for those who have been through similar experiences as I have and yet make it through to learn how to feel better about themselves. I have worked with children as a paraprofessional and have seen such cruelty on the school grounds and off. Once a shy, insecure, loner growing up in school, I decided to combine my love for writing and love of children. I came up with the Johnny Big-Ear's character based on my life. The special names of the rest of the characters are simply nicknames. These names are based on kids' unique attributes that make them all stand out and quite special.

FQ: I understand that you have worked with kids through various school programs. Did you see a lot of teasing going on while there? Do you feel bullying was gotten worse in recent years or is it that we are more aware of the problem? 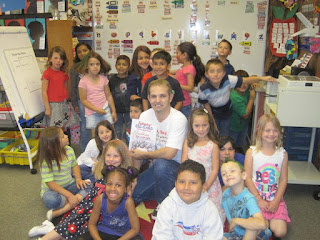 Yes, I have been an advocate against teasing and bullying for over three years. Currently, I have been volunteering my time, along with my Johnny Big-Ears mascot at schools, church events, charity events, farmer's markets, Relay for Life, Cerebral Palsy, daycare centers, and mom's home-schooling groups to get my message across as much as possible. I have spoken to many kids, parents, and teachers. Bullying seems to be getting worse more than ever before. Children are being raised in difficult conditions and there are more peer pressures. I believe that helps make kids become bigger bullies. They do tend to target those other kids who may look different, who seem weak or more sensitive. Not only are kids being teased and bullied at schools… but now there are kids being cyber bullied on Facebook and Twitter. Technology is a new way of Bullying at a higher volume. More kids are doing that because they are not being monitored by parents or called out for what they say or do. So with time, it has become worse. Through the Media, we see it mentioned more often as well.

FQ: You make a lot of school appearances with Johnny Big- Ears. How do the kids react to the character? 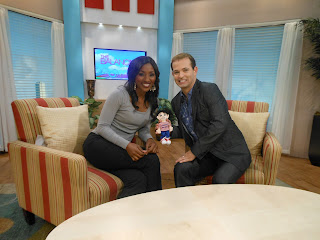 FQ: Do the kids at your talks ever open up about bullying? Would you share with us a few of your experiences?

Yes, a lot of kids have definitely opened up to me about bullying and not just during a presentation but while I was sharing my own personal experiences as well. My books were written to bring out the topic about teasing and bullying into the open much easier for discussion. A few parents have even shared with me their own experiences of being teased with tears in their eyes. I have noticed a lot of the kids who do open up are in aggressive and/or violent situations at home. These kids see it as something normal and are the ones, who in turn come to school and bully others. They use that anger from home to hurt others, who are weaker than themselves. Bullies are not born; they are made from what they see happening in their environment. If parents teach their kids tolerance and love for themselves no matter who they are or how they look, they will be more secure and happier kids who won't want to tease others. You put out to others what you feel inside and if kids are brought up in a hostile environment, you can't expect them to be perfect angels.

FQ: In your book, you clearly show how much bullying hurts Suzy. In your experience, do you think bullies are aware how much their words/teasing hurts?

Unfortunately, most bullies do not know how their words can hurt others. They have become victims themselves. It may be such as an older relative, brother, sister or parent, and they may feel trapped and frustrated. So they bring that anger to school, where they pick on other kids. Some kids like to intimidate and tease others to look tough due to peer-pressure and also to gain status or respect from others in a group. Kids mimic what they see and hear. It’s up to all of us to teach children when they are at a young age to have respect for others and the consequences of teasing or bullying others. 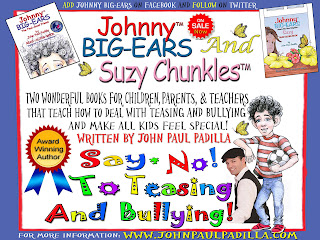 FQ: So much focus is placed on the child being bullied. What about the bullies? You cover that in your book – how to talk to bullies. Any advice for parents who may suspect that their child is a bully?

My advice is that parents need to be more loving and understanding with their kids from the beginning. Parents are the kids’ first role model and anything they do positive or negative will have an impact on their children’s lives in school and in the real world. Parents can teach their kids tolerance, love and respect for themselves and others no matter who they are or what they look like. Parents need to pay more attention to those small details, like what their kids are doing at school, who they hang out with, do they like their classmates, and even who they talk to online. Parents can learn to read their body language and see if they act strange and ask if they are happy in school. A lot of kids don’t want to come across as being weak, a failure. Communication with your child is the key. Even if they do not tell you everything it can become apparent that something is wrong. Some signs they are being bullied at school are as follows:

Your child comes home with torn or damaged items
Have very few friends they spend time with
Unexplained cuts, bruises, scratches
Seems afraid of going to school or riding the bus
Lost interest in schoolwork
Appears sad, moody or depressed when they come home
Complains of headaches or stomach aches frequently
Having trouble sleeping and frequent bad dreams
Loss of appetite
Appears anxious and suffers from low self-esteem


FQ: Would you tell us a little about your poetry? How you got started, what you’ve published, what you’re working on?

I have always loved creative expression and writing poetry was actually my first form of writing, followed by lyrical verses for songs. Poetry has been the best form of personal expression for me because I have used it as a form of therapy during my difficult times in life. From when I was growing up being teased, to the times when I was feeling lonely, mad, scared, or even sad. I started writing poetry while I was in high school. I originally wanted to be a Pop singer and would write my own lyrical verses, thinking they would someday be potential songs recorded. In fact, some of my lyrical works were recorded in Nashville by Keith Bradford, who recorded my song on his album I Wasn’t Born To Love. Then Lulu Roman of the television show Hee-Haw also recorded my song, God is Here. I have always sought ways to experiment with my writing and to be more creative. One day, while I was doing freelance modeling, I decided to enter several poetry contests in order to get my name out. I submitted my first poetry to “The National Library of Poetry” and "The International Library of Poetry” I received three Editor’s Choice Awards through the course of time and was included in "The International Who's Who in Poetry." Poetry has led me to other forms of expression, opened doors for me to build a name for myself, and to grow as a writer. Currently, the only poetry I am writing are the inspirational words I post on Facebook and Twitter! 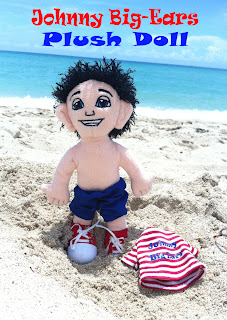 FQ: Would you tell our readers about the other books you’ve planned in the Johnny Big-Ears series?

So far, I have written about special characteristics such as big ears, freckles, and having a different body weight than others. I plan on continuing to write about qualities that kids get teased or targeted for. I already have the characters in mind, and now it’s just a matter of time before they come alive and introduced in my books. Kids need role models to look up to and what better role models then the Feel Good Friends, a group of kids who may seem different at first glance but in reality, are simply just gifted kids with exceptional qualities, who are ready to help other kids deal with teasing and bullying. My goal is to have a series of books that can teach all kids and adults all over the world to feel good about themselves and to respect everyone for who they are, just as they are. Today, through books, I hope my characters will motivate adults and children alike. Tomorrow perhaps through a cartoon series or animated movie!

Posted by FeatheredQuillBookReviews at 10:54 AM