Today we're talking to Chris Albert Wells, author of Jesus: God, Man or Party Label? The Dead Sea Scrolls’ Messiah Code FQ: I must begin with the in-depth research done in producing your book. May I ask if the ‘journey’ is over? Or, is your personal quest going to continue - unveiling even more about the Dead Sea Scrolls?
The “journey” is certainly not over. I would even say that the road has just been freed. Connecting the two Dead Sea Scrolls’ messiahs with the two messiahs in the Gospels opens more perspectives than any of the previous historical and/or mystery interpretations. 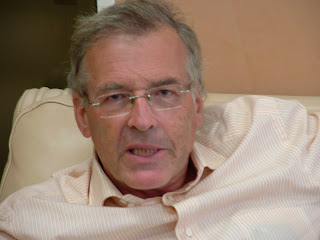 FQ: You state that the public’s interest in the Scrolls was lost over time because of ‘unclear conclusions due to intense scholarly debates.’ Do you believe - or, hope - that this book will re-ignite that passion?
The passionate academic debates attempting to link the Scrolls and the Gospels had not figured out the messiah-mediated connection.  We can now expect a renewed interest, not only in the Dead Sea Scrolls but also in the Gospels.


FQ: You speak about how religion is a pattern: A charismatic leader who leaves behind a split community, who is then executed, and expected to return. Could you please go into this ‘view’ a bit more for our readers?
When closed communities, such as a religious sect, lose their founding guru, a new leadership is a risky affair that predictably ends up with discussions, contesting, and divisions.  That is what happened after the execution of the charismatic Qumran leader. An initial community consensus developed to save the sacred alliance and survive as a group. Consensus was later followed by a split within the community ranks.


FQ:There are many who’ve stated that the Bible IS a ‘Good Book,’ in the fact that it has the good guy/bad guy, a plot…almost like a play. Do you believe this to be true? That, perhaps, Mark was not the only one to ‘create characters?’
The Bibles reflect community history, ethics and strategies. They can be valued as human documents. Characters and stories are often made up but have roots deep in the past. King Solomon is typical of the good guy – bad guy plot.

Evangelist Mark belongs to the Old Testament culture. He uses the same writing methods and also invents his emblematic characters: Jesus and John the Baptist stood for two rivaling factions, this time competing within a divided Essene community. Jesus, symbolizing the avant-garde takes over from the Baptist who is no more than a caricature of the Essene traditionalists.


FQ: I like the fact that you address many views where religion is concerned. When you state that some people ‘turn a blind eye’ when it comes to the ‘proof’ of the Dead Sea Scrolls, is it possible that this ‘blind eye’ could, quite simply, be faith?
Revising established religious ideas is generally met with skepticism, sometimes with interest. But the “blind eye” is not only a matter of faith.

Habits of thought and intellectual laziness can be just as blind. It may surprise many that university teachers are rarely very open-minded. They are even terribly allergic to ideas that they have not personally formulated and will weigh on their reputation to destroy them. That's however a normal reaction. We can unfortunately give endless examples of brilliant ideas that were rejected for decades as being extremely foolish by influential and self-righteous university stars.


FQ: I agree that there are a great many ideas that show Christianity to be a “blend” of other religions. But aren’t there also other ‘directions’ that, over time, have become ‘unbelievable’ by people? Such as the fact that astrology was once highly revered in religious and scientific circles but is now simply a carnival attraction. Do you believe that the quest for truth should continue for the faithful?
In the world of religions, truth is what one accepts to believe. Liberal Christians are criticized by apologists because they tend to reject the mysteries and retain a moral code taught by an exeptional man.

The quest for truth can go one step further, abandoning faith, and focus more realistically on the community strategies behind the sacred texts.

Why was “Jesus” so successful? The group behind Jesus essentially offered eternal life on a new and democratic basis suppressing a privilege that was previously reserved only to an elite. Jesus’ prime product was just as important in the first centuries as today debates on paid holidays for all, social security for all, and retirement pensions for all. No exclusions if you only would join our party! 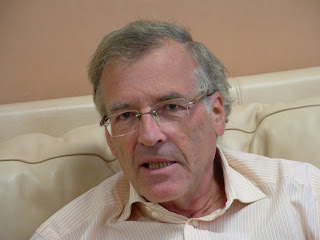 FQ: On a personal note…per your words: “Religions last longer than Empires, but all eventually collapse.” In this day - with so much negativity in every area of life - do you think that the power of faith is just as important as the questioning of it?
Religions being imposed onto us within a given society, the very idea of a personal faith should be handled with care. So what are we really questioning or accepting?

Faith has the power to make us accept many ready-made and collectively shared answers. Faith can enable us to live in communities and help to face individually the negative areas of life. People can also live without faith, or with different ones.