#BookReview - The Prisoner and The Executioner 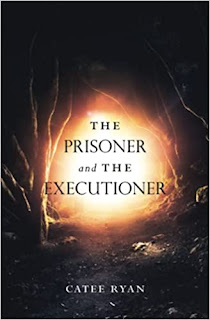 The Prisoner and The Executioner

Everyone can agree that being falsely accused is most certainly a terrible position to find oneself in. However, being wrongfully convicted, and sentenced to death for a murder you did not commit is, without a doubt, the most horrendous position to be in. That is exactly what happened to Eliza Jacobs in

The Prisoner and the Executioner, an electrifying novel written by Catee Ryan.

The story opens on the day of Eliza Jacobs’ execution for the murder of fifteen-year-old Lydia Garth. Ms. Jacobs was once a well-respected midwife and child advocate, but now she has been holed up for several years waiting to be executed, not in a regular death row prison cell, but in an underground cave, designed specifically for use only during the last few weeks of the condemned prisoner’s life. Through the years of solitary confinement and deep soul-searching, Eliza chose a vow of silence, and has more or less accepted her fate.

Brian Stafford, The Executioner, and son of the prison’s warden, is supposed to be getting ready for the execution, but unbeknownst to anyone, he believes in Eliza’s innocence, and refuses to go through with his duties. Instead he spirits her away through the underground cave system, and eventually they successfully escape to a faraway country which Brian believes is the perfect place for both of them to start a new life.

Meanwhile, a massive manhunt is being conducted by the FBI, and news of the unusual escapees quickly spreads across the nation. It attracts the attention particularly of a young girl, Emma Maxwell, who is now living safely across the other side of the country, far away from the same town in the news...the town she too escaped from several years ago. Emma knows who Eliza is, and knows she is innocent and shares this information (and the story of her own sexual abuse) with the FBI. But will this be enough to help prove Eliza’s innocence, and get her to return?

The Prisoner and the Executioner is an excellently written novel that catches a reader’s attention in the first few pages, and continues to adeptly weave a complex, yet compelling, tale (filled with both heartfelt and unbelievably horrifying moments) until the last page. The main characters are dynamic, and seem so real that readers easily become emotionally invested in their journey. Though a part of this story brings the serious topic of sexual abuse to light, it does not bog down and make the overall feel of the story too heavy, but it adds to the overall twists and turns that makes this novel truly unputdownable.

Quill says: The Prisoner and the Executioner is an outstanding novel that will keep readers glued until the final page, while still wanting more. Author Catee Ryan is proving to be a novelist worth keeping an eye on.

For more information on The Prisoner and The Executioner, please visit the publisher's website at: atmospherepress.com/books/the-prisoner-and-the-executioner-by-catee-ryan/

Posted by FeatheredQuillBookReviews at 11:34 AM