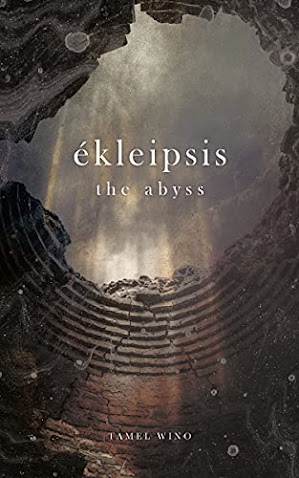 Today, Feathered Quill reviewer Kimberly Trix Lee is talking with Tamel Wino, author of Ékleipsis: The Abyss.
FQ: Ékleipsis: The Abyss is your second short story collection. Why did you decide to write a collection of short stories instead of one longer horror novel?
WINO: I have always been partial to short stories. In my opinion, in a story, what's undisclosed is just as important as what's revealed. In this regard, short stories are more malleable. Following the footsteps of some of my literary ideals (Poe, Roald Dahl, Shirley Jackson, among others), I find crafting short fiction to be challenging yet exhilarating and gratifying.
FQ: A majority of the stories in this collection were written from a first person perspective. How do you choose the POV in which to write a specific story?
WINO: Personally, I much prefer the first person. For horror stories, there's nothing more horrifying than to unfold and experience the madness and the vileness firsthand. However, I try to make the stories as varied as possible. Thus, I usually pick two stories (out of a collection) to be written in different POV.
FQ: I’ve always loved reading horror (and also watching horror). When I was young, it was about zombies and ghosts and monsters and giant bugs. As an adult, I now know that humans are way more horrifying than any creature. With your focus on morality and darkness of human nature in your stories, what would you say is the thing that scares you the most about yourself?
WINO: The human mind is an incredible, complex thing. It's undecipherable, unpredictable. Most people would label themselves as nice, normal. What scares me the most of myself is not knowing/being certain of how I would react, the length I would go to, in an extreme situation. When you have to preserve your dignity. When you're backed into the deepest corner. When you have to protect your loved ones. When your life's on the line.
FQ: Ékleipsis is a Greek word where “eclipse” originated from but literally it means abandonment. Tell us more about why you specifically chose this title for your short story collection.
WINO: I wanted a title that evokes intrigue and embodies my stories well. The fact that it's an ancient Greek word adds another layer of meaning to my books. That the stories are essentially about something that's been around since the dawn of time, since the birth of modern civilization. Something that everyone has, a part of us, lurking beneath. The nuance I strived to convey is the darkening of the soul / the abandonment of humanity.
FQ: In “En Prise,” after Ash laid out her terrible backstory to the serial killer, he made her get out of the truck (and by extension, she’s no longer potential prey). I wonder, was that because at that point he truly believed that they’re kindred souls in this serial killing business? Tell us about what Ty was thinking in those moments.
WINO: As I mentioned in the first question, in a story, what's undisclosed is just as important as what's revealed. Frankly, I don't have the right answer. There is no right answer. I want the readers to ponder and let their minds arrive at their own conclusion(s). Personally, I think it wasn't out of pity or camaraderie. Can't imagine Ty being capable of all that. He might not even buy her story, not entirely at the very least. I'd like to think that there was just the tiniest seed of doubt that Ash managed to plant in the back of his mind. He's a wolf, he hunts and exploits sheep. In his mind, Ash might very well be a sheep but she's cladding a wolf's clothing pretty convincingly.
FQ: I found that “Blue Devils” was the only story in the collection that did not have the same atmosphere, tone, and mood as with the other stories. Was that intentional? 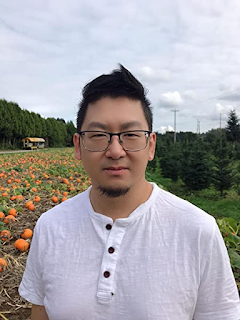 WINO: If you meant that the story is more bleak and has more of an air of hopelessness, then yes. It is a horrific story but I wanted it also to be a story of redemption, provided she survives the adversity. To be able to do that, I portrayed the world, through her eyes, as desolate and irremediable.
FQ: The concept of how a savior complex could be a start of a horrifying descent to villainy madness in “The Descent” is interesting. What was the inspiration for this?
WINO: As strange as it may seem, I got the inspiration from the movie Sully. Turned it inside out and incorporated a healthy dose of insanity and malice.
FQ: I cannot remember which horror author it was but I remember reading about how that author would go up in the attic and turn off all the lights whenever he had writer’s block. What about you? Do you do something specific to get out of a writer’s block?
WINO: That is very interesting. No, nothing too bizarre for me. Walks in the park, biking, reading books and watching movies of similar vibe as my stories.
Posted by FeatheredQuillBookReviews at 1:52 PM