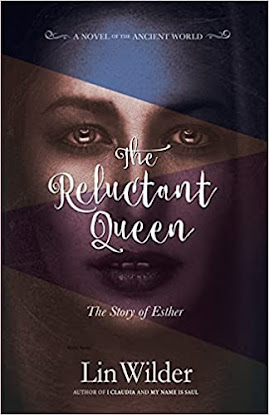 Today, Feathered Quill reviewer Katie Specht is talking with Lin Wilder, author of The Reluctant Queen: The Story of Esther.
FQ: Several of your books are based on historical figures from the Bible. Can you explain what led you to write this particular genre of book?
WILDER: Historical fiction was nothing I planned to write. But then again, neither was medical mystery fiction. The first of the ancient novel series, I, Claudia, “appeared in my head” during a time I was planning to write the fifth in the Lindsey McCall medical mystery series.
I once believed that control was the primary difference between fiction and nonfiction: you have it in nonfiction but lose it in fiction. But now I think that good writing requires giving up control in whatever genre we write. There is something undeniably mystical about writing. But if we can’t let the research, the work of creating the characters speak to us, change our thoughts and ideas, the characters just sit on a page.
FQ: What type of research did you conduct prior to writing The Reluctant Queen: The Story of Esther?
WILDER: A ton. I mean that. I had thought this third would more or less follow in the steps of Claudia and Saul but all too soon I learned that was not the case. There are a hundred reasons why but briefly, I had to dig to find information about the ancient Persian Empire and the Achaemenid Empire. So much of our knowledge of ancient history is based upon the interpretation of the Greek historians. They wrote. The Persians did not.
FQ: Can you share which characters from the book were imagined, if any, and how you developed these characters?
WILDER: Most of the female characters are imagined. The women with the most influence on Esther are Joanna, Mordecai’s wife, Hannah, her young friend and Queen Atossa, Esther’s mother-in-law. It is Hannah, daughter of the Chief Rabbi at the Temple who helps Esther grow into womanhood. Hannah is uncomplicated, unlike Esther. She is happy with herself, comfortable in her own skin. But she possesses an integrity of character that helps her see what most of the other girls are blind to. About herself and others. Like the superficiality of their conversation, the jealousy and rivalry playing out among young girls. While the other girls are intimidated by Esther, Hannah understands that Esther is special...touched by God. Rather than being envious, Hannah welcomes the chance to learn from her. Hannah balances out Esther, helps her see her world and the people in it more clearly.
The relationship between Esther and Queen Atossa surprised me. But during the writing about Esther’s experience in the harem and subsequent marriage to Xerxes, I realized Queen Atossa’s presence was essential to this story. The strength and nobility of this woman Atossa, the daughter of Cyrus the Great and wife of Darius the Great, made the coming together of the two queens inevitable. Of course Atossa would be intrigued by this uncommon young woman her son had selected to be queen. Naturally she would see a daughter in Esther.
FQ: After reading The Reluctant Queen: The Story of Esther, I can come to my own conclusions as to why Esther was reluctant to be queen. In your opinion, what made her the most reluctant about fulfilling the role of queen?
WILDER: Interesting question. The most obvious reason for her reluctance was being ‘taken...’ followed by the gruesome experience of competing for a “night with a king.” There are others but best left for readers to decide for themselves.
FQ: Is the story of Esther a biblical story that you knew well prior to writing this book, or did you have to conduct lengthy research to familiarize yourself with it?
WILDER: No. Not at all. I knew the vague outline but none of the details. And yes the lengthy research ensued once I learned that so many contemporary Biblical scholars believe the Book of Esther to be fictional. That stunned me. Then when I discovered Jewish and Christian scholars who were insistent that the Book of Esther is historical, that confirmed this book to be perfect for me to tackle. Controversy.
FQ: Your blog ranks among the top 100 Christian blogs. Where do you derive your inspiration for the topics that you write about in your blog?
WILDER: All kinds of sources: books, movies, homilies heard at mass are primary. But not infrequently, I get a nudge about a particular subject or reading for the liturgy of the day.
FQ: One of your books, Finding the Narrow Path, is a memoir. How did it compare writing a memoir versus the rest of your books?
WILDER: Kind of like pulling a band aid off of an extremely tender wound very, very, slowly. It was not a book I wanted to write, never mind publish. And would not have done so had it not been for the insistence of a very good friend.
FQ: You have written an assortment of books. I am sure it is impossible to choose a favorite, but does any one book stand out as having been the most gratifying for you to write? 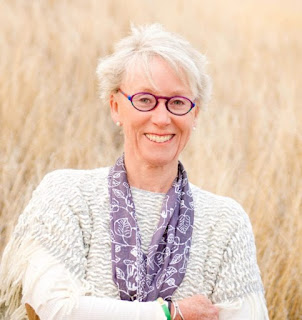 WILDER: Probably the first. The Fragrance Shed By A Violet: Murder in the Medical Center. Mostly because I’d convinced myself that nonfiction was what I did. All that I did. I’d published nonfiction my whole life. I’d done it well and acquired notoriety in my field. It was safe.
Fiction? It is many things but safe isn’t one of them.
FQ: Your next novel, Plausible Liars, is due to be released in the Spring of 2022. Can you give us a sneak peek as to what the topic of this book will be?
WILDER: This is a difficult story. So much so that I wrote about 20,000 words and had to stop because I could not attain the distance I needed to get the story written well. It’s the fifth of the Lindsey McCall mystery series and reintroduces familiar characters from the last book Malthus Revisited. Like Morgan and LJ, now sophomores at Cal Poly. But a new character is introduced: Joey, a transgendered female to male. I am looking forward to tackling it again.
FQ: What was your favorite step of the process while writing The Reluctant Queen: The Story of Esther?
WILDER: That’s an easy one. It was the “AHA” I got about ten days after getting the reaction of the first iteration of the manuscript from my readers. Their response was...suffice to say not good. And it takes a while to get over honest criticism. Assimilate it and get the ego sufficiently out of the way to realize, “Yes! I can fix this!” There is no greater high. Well few anyway.
Posted by FeatheredQuillBookReviews at 8:26 PM