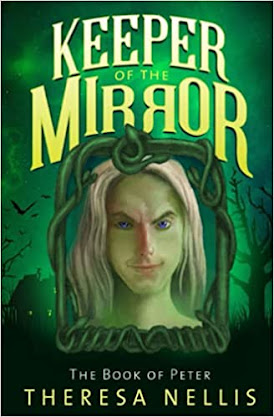 Today, Feathered Quill reviewer Katie Specht is talking with Theresa Nellis, author of Keeper of the Mirror: The Book of Peter.
FQ: The ending of Keeper of the Mirror: The Book of Peter was left quite open-ended. Do you have plans for future books in this series, and if so, what can you share about them?
NELLIS: I have already started the second book in the series. Atmosphere Press has accepted it, and we are now in the editing phase. The second book will have Zack taking a more significant lead and revealing his history. He will be faced with making a life or death choice. What happens when your bloodline becomes your death line?
FQ: The topic of foster children in our society today can be a hot-button topic for many people. What led you to include this in your story the way you did?
NELLIS: As a former social worker, I am taking on an institutional genre and bringing light to dark places. In the second book, Zack will challenge the realities of the foster care system and how difficult it is for siblings and older children to find their forever homes.
FQ: The character of Peter is, quite frankly, an ungrateful, malicious, mean-spirited boy. Did you have any concerns while you were writing this book about how he might be received as a main character?
NELLIS: I created Peter to be a character we love to hate. Indeed he is a mean-spirited boy, but we can’t help but laugh at his antics.
FQ: Sully, Peter’s faithful dog, plays an integral role in the story. How did it compare developing this character of an animal versus the human characters?
NELLIS: I am an animal lover through and through. I adopted my current dog, Sadie Mae, from Japan (see my author pic). You can count on all of my books having an animal in a lead role.
FQ: Peter and his parents have a rather tumultuous relationship. Is this relationship modeled after one in your own life?
NELLIS: As a former social worker, I have had many experiences with tumultuous parent-child relationships. Once these relationships gain the attention of Child Protective Services, many maladaptive patterns are firmly rooted in these relationships. I had a lot of backstory to help shape these characters.
FQ: Is the character of Peter based on anyone you know in your own life?
NELLIS: Why, yes he is.
FQ: After reading your book, the title Keeper of the Mirror seems exceptionally fitting to the story. I can envision both Peter and Bael as the “keepers.” Did you have one character in mind as the “keeper” when you titled your book? 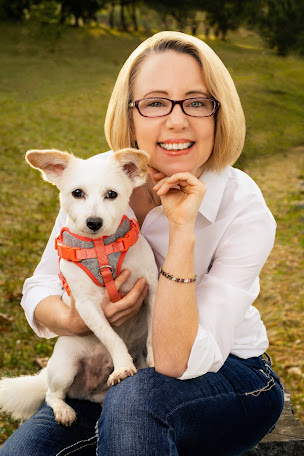 NELLIS: The “keeper” will change throughout the series. There is a lot of “keeper” movement in book two.
FQ: Peter forges a unique bond with Bael that resembles that of a father-son relationship while simultaneously not wanting anything to do with his actual father. Is this an event that you have witnessed firsthand in your life?
NELLIS: Actually, Bael is revealed as Peter’s biological father. The Powells are really his maternal aunt and uncle.
FQ: Your book seems to share some similarities with the Harry Potter series. Did any of your inspiration come from these stories?
NELLIS: I bleed the colors of the Harry Potter series. In fact, the Orlando Sentinel filmed a piece that included me in it when Universal Studios Orlando opened Diagon Alley. I also fondly recall going to the midnight releases of each new book in the J.K. Rowling series.
FQ: Most of the characters can best be described as people that the reader will love to hate. When you were developing the story, how did you conclude that your book characters would primarily be villains?
NELLIS: As I shared, I am a former social worker. I wanted to bring forth a foster child to assume the role of the hero—a child who has been given up on by society and himself. We will share his experiences along his emotional journey to find peace within himself, the courage to dream of the future, and the security of a forever family. But as in real life, this journey is often messy and kept quiet.
Posted by FeatheredQuillBookReviews at 3:19 PM