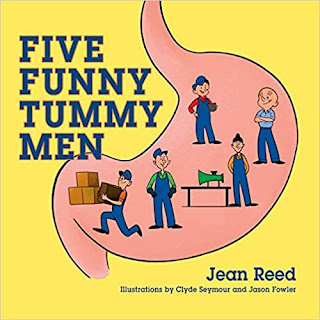 FQ: Would you tell our readers a bit about your mother’s writing career?

HAMILTON: My mother, Jean Reed and father were married in the late 1930’s. He was a lover of country living, so off they went to start life in an 80-year old farmhouse, four miles from the nearest town and one-half mile from any neighbor. As an isolated housewife and then a mother, she found gardening and going to her typewriter topped her list of stimulating ways to spend the day.

During this period she submitted articles to Redbook on housewife/hostess issues such as “How to Remember the Relishes.” She won numerous 25 or less word contests; one such prize was a ‘trip for ONE’ to Great Britain, which she declined. She wrote copy for Rochester, New York radio commercials. During the 1950’s, my parents changed directions and opened a Resume Service in Rochester and it was then that Jean wrote Resumes That Get Jobs, published by Arco and printed through eight updated editions.

Following the death of my father, she moved to Sarasota, Florida and worked for an ABC television station writing copy, running the camera and was traffic manager. A local weekly newspaper, The Pelican Press, was a career target for her and Jean became a features writer as well as being their theatre critic. Newspaper writing awards became a yearly occurrence for her. She was a prolific writer and was known for her “fair critiques” wherein she did not destroy the performer but gave suggestions for improvement if needed. She learned from Variety critics and became a stringer for Variety in Sarasota. She continued in both capacities, writing until her death at 88 years of age. While in the hospital, shortly before her death, she said to her daughter, “I will probably lose my job over this.” Her editor assured her this would not be the case.

FQ: Did your mother read to you every night when you were young? Was she fond of making up stories? Would you share a favorite memory of reading with your mother?

HAMILTON: As a child, I was encouraged to do the reading and read out loud to my parents or any unsuspecting guest that might have arrived. I was also beckoned to listen to children’s radio programs and to try to describe how the characters might look. Part of my annual birthday party festivities involved my friends and me creating characters and making up plays. She was our best audience and we ALWAYS received a good critique.

The sound of the Underwood typewriter was an everyday occurrence. I couldn’t wait to learn how to type as she would laugh and entertain herself with her creative sense of comedic writing. Her letters to everyone were always filled with embellishments of life in the country and are discussed to this day by recipients.

Our Victrola record player twirled as many children’s records as adult ones. Uncle Remus, The Whale That Wanted To Sing At the Metand others would be played at least once a week. We would read together the entire information on the record jackets about who was performing, the story behind the performance, the year of the recording and the like. I remember this time fondly as it gave me interest in the story as well as the theatrical aspect.

FQ: Five Funny Tummy Men is a unique book. Do you know how your mother came up with the idea?

HAMILTON: I really don’t know how it was conceived. My parents and friends would play tennis and spend time together afterwards. The original illustrator, Clyde Seymour was one of these friends. He and his wife were local educators and he was always ‘doodleing’ images of funny characters that they would recreate in the classroom. He came up with the original Tummy Men visuals and I would suspect this was the ‘moment’ the story was born. The visuals have been updated by Jason Fowler, an art teacher from Georgia.

Of course, eating habits are crucial to good health as is exercise. So the lessons learned in this book certainly give the reader the connection between the two. This is a creative way for a mother or caregiver to get the lesson across to a child.

FQ: When did she write the story? How long had you been hoping to publish it and what was the impetus for getting it published now?

HAMILTON: Jean Reed wrote the story in the 1940’s in collaboration with Clyde Seymour, the original illustrator. She attempted to publish the story numerous times going through the usual routine of submitting the double spaced typed story to the big publishing companies. Then the wait at the mailbox for weeks with a hopeful attitude was the norm.

The conservative responses were repetitious. “Children don’t need ‘fluff’ when reading about digestion. They need facts.” Really? Along came Dr. Seuss and the culture for appropriate children’s reading was changed. However, Jean’s writing interests had moved to other venues by then and the Tummy Men was in the file cabinet.

Following her death, I found the story and vowed to get the story published. I brought it home and it continued to sit in my file cabinet until the Covid-19 pandemic brought normal life to a halt. I discovered the Peppertree Publishing group right here in Sarasota, Fl. Being a music teacher and dealing with the audio world, the visual world loomed as a challenge, but not to fret as Peppertree came to the ‘comfort rescue.’ The story was published, first in the Caucasian edition, then the Black/Brown version and there will be an upcoming Spanish edition. The Tummy Men are versatile!!!

FQ: Are there other stories of your mother’s that you plan to publish?

HAMILTON: Jean kept most copies of her past and present writings which I found following her death. I was requested to send it all (years 1977-2004) to the Jerome Lawrence and Robert E. Lee Theatre Research Institute at Ohio State University. I did so and they are in the “Special Collections” section for students majoring in theatre and creative writing. The collection can be used as a writing guide and for others to view and/or study as if they were officially published. This posthumous effort was an accomplishment for her that I was honored to do.

FQ: Your mother was also a theatre critic. Were you able to share her love of the theatre and attend any productions with her?

HAMILTON: My mother moved to Sarasota to be near me following my father’s death and it was an interesting ‘adult time’ between us. As a theatre/arts critic, she usually was sent two tickets to attend an event and I was her first choice to join in the adventure. As a music teacher with the Sarasota County School Board, it was absolutely wonderful for me to witness the productions while sharing time with my mother. My salary was not one that afforded me the continuous luxury of going to an event, sometimes two times a week. I learned and applied techniques and contacts that I made in my own music classroom. Suddenly I could bring in a guest artist to help with a lesson or borrow a costume from a local theatre for an in-school production. She never missed one of those productions either and would always give us a critique for the students to ingest.

She invited me to attend National Theatre Critic Association conventions with her and I was privileged to attend two, one in Oregon and one in Philadelphia. I remember one of the activities for the critics in Philadelphia was to go up Rocky’s steps where at the top was a bright marquee welcoming the critics to town. The presentations at these meetings were stimulating and motivational. She remained current with writing styles, public interest and the Associated Press Stylebook And Libel Manual, a must for professional journalists.

When celebrities came to town, she would interview them prior to their performances. She took her small tape recorder with her so as to not miss a comment. I missed most of those events as it would be during the week when I was teaching. She found questions that were of interest to the interviewees and usually the two or three of them would have some good laughs!

I realized how tough the writing gig can be when realizing she was writing two or more critiques a week and could also be writing a feature article on the building of a new performance center. Sometimes she would ask me to help write a story and HOURS later, I would have the first sentence written. Like Tom Hanks, she used a manual typewriter until the last five years of her life when I convinced her an electric one would be easier. She missed the sound of the keys striking.

FQ: Your mother wrote a popular book, Resumes That Get Jobs, which is, of course, for the adult market. Five Funny Tummy Men is quite a jump in genres from that – was writing for children a hidden passion for her?

HAMILTON: I don’t think it was a ‘hidden’ passion. She enjoyed kids and grew up in a household as one of the older of seven children. She helped take care of the younger ones and understood the mind of a child.

Jean’s mother was a church organist until her late 80’s so Jean possessed a musical talent that she passed along to me. When I was a child, she would make up songs while we were washing dishes or taking a walk. I think she was verbally and visually creative for all ages!

Posted by FeatheredQuillBookReviews at 10:45 AM