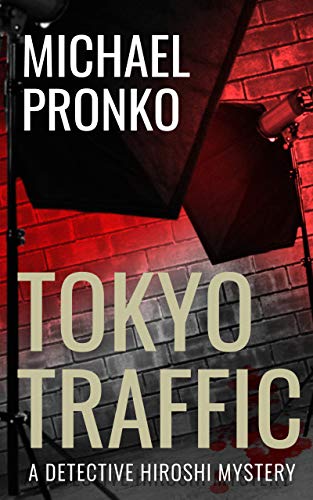 FQ: I commend you for writing this book on the subject of human trafficking, and shedding light on the global issue. I read that in the United States, The National Human Trafficking Hotline has managed 51,919 hotline cases since 2007, but unfortunately most cases go unreported so the real impact is a lot higher. How bad is human trafficking in Japan?

PRONKO: The problem was not seriously addressed until recently. Japan only ratified some of the international protocols on trafficking a few years ago. I can understand how hard it is for police and task forces to root out this vicious crime, but politicians who ignore injustices like trafficking need to take action. Japan is ruled by government bureaucracy and they are slow to change. Meanwhile, the situation festers. The grey areas around trafficking make it especially difficult. The totality of trafficking includes “guest” workers on farms and fisheries, underage Japanese girls going on paid ‘dates,’ online ‘delivery health’ services and a porn industry with close ties to loansharking and debt collection. Japan has raised its compliance level with international norms and cracked down on some practices, but Japan remains a destination and transit point for international trafficking, while battling its own domestic trafficking.

FQ: Detective Hiroshi has a new girlfriend and they both participate in Kendo. Why did you choose this particular martial art for Hiroshi to experience?

PRONKO: Kendo is one of the most traditional and popular of martial arts. Young men and women often join school “circles” for sports or other activities. That’s where Hiroshi and his girlfriend met. But I really chose that because I used to watch students at my university practicing Kendo. It impressed me deeply. For one thing, it’s really loud! People scream and hit hard. One of my students lost some hearing from an especially hard hit. As with most martial arts, the key point is less the physical side than the spiritual side. It’s maybe a cliché that Asians have some mystical interior world, but such practice really does encourage inner strength.

FQ: How do you decide what theme, or subject matter, you will base your thriller/mystery on when you begin writing?

PRONKO: I can never read the news without becoming infuriated. I worked for the editorial section of The Japan Times for years, so I’d select topics there by the degree they angered me. I often stew over these outrages and carry on arguments in my head. I keep stacks of articles and read through them from time to time. That provides start-up energy. I’m not sure what other people do with their anger, but I need to process it into some meaningful form. I’m equally motivated by awe-inspiring aspects of Tokyo and Japanese society. Anger and awe, though, aren’t enough. I wait to see if characters and story lines emerge. Often, they don’t, but when they do, they take on their own shape. I write things down as they develop and figure out how to process that emotional energy into story form. Scenes sketch themselves out, dialogue pops into my head, and I write all that down right away. Little by little, the topic and emotion transform into concrete images. If all of that sounds imprecise, it’s because I don’t understand how it happens myself.

FQ: When you’re in the process of writing a novel, from the initial idea, until the completed book is on the shelves, what task do you like to do the most? What part of the process do you like the least?

PRONKO: I like most parts of the process but have resistance to some parts. I love slathering ideas on scraps of paper, gathering up articles, and jamming them into folders. It’s almost a physical pleasure. Converting notes and ideas into narrative patterns is like a puzzle that you know has to work eventually, but still gives you a delicious delay. Imagining characters and visualizing settings has a freeing effect on my mind and is the part I like best. Drafting is hard, but it releases a lot of pent-up energy. As for rewriting, I ‘relish torturing a phrase once more’ as S.J. Perelman said, but after a long period rewriting, I’m zapped. I find promotion to be a drag, as it feels counterintuitive. Marketing doesn’t come naturally to me, so that’s irritating, too. Once the book is done, I want to start on the next one, so the promotion and marketing phase makes me feel stalled and uncreative. But still, there’s a lot to learn from each step of the process that can enhance the others.

FQ: How do you handle constructive criticism during your writing phase, and/or negative reviews once your writing has been published?

PRONKO: I don’t handle it very well. The more accurate the input, the more it ticks me off. But after the constructive criticism percolates for a while, usually I come around to it. I often don’t agree with what a beta reader, editor or friend suggests, but they identify weak points that I can work on fixing in my own way. As for negative reviews, it depends. Some make me wonder if they read the novel at all. Some seem mean-spirited for reasons that are hard to fathom. But others frame the novel in larger terms, or explain their thoughts, so I can accept those negative comments for what they are. Working with newspaper and magazine editors to deadline and receiving evaluations from students every semester, I’ve come to feel all feedback helps, if only to keep me humble. Or maybe especially to keep me humble. Even when it hurts, you have to step over it and move on. Anyway, I’d rather live a life open to criticism, good and bad, than to live hidden away psychologically.

PRONKO: I don’t handle this very well, either. Writing, teaching, living, they all suffer from time spent on the others. On any one day, I can manage one, maybe two, but the third ends up ignored. But I try to divide the day so that I can focus on just what’s in front of me. I carve out time and focus on just one of those. If I think about the novel in the middle of a class, I’d be too distracted to interact. If I start thinking about teaching while writing, it disrupts the flow. Wherever I am, I do let myself stop and jot down a note. Just getting it down lets my mind ease up and refocus on what’s in front of me. From one perspective, it’s a mess some days, but long run, I feel teaching, writing and living are deeply enmeshed, shaping and strengthening each other. That’s enough for me. I leave balance to jugglers and tight-rope walkers.

FQ: Your books have all been independently published, so you have a lot of experience with avoiding the pitfalls and frustrations of trying to get your novel seen by large publishing companies. What advice do you have for new authors who are anxious to get their writing out, and into the hands of readers?

PRONKO: One day, I was out drinking with friends moaning about unanswered queries and my unresponsive agent at the time, when a musician friend said to me, you listen to indie label jazz musicians all the time, so why not for your books? I pooh-poohed that suggestion and ordered another drink. But on the way home, it struck me that that’s exactly what I should do. So, I did. It took a leap of faith. Everyone wants the approval, the imprimatur, of an authority, a famous agent or a respected publisher. I had that romanticized vision of writing for years. But it’s OK to just do the work and let the work itself provide authority. Independent publishing requires a lot of time and effort, and some source of steady income doesn’t hurt, but much more than that, it requires confidence and patience, and a deeply ingrained work ethic. It requires being independent in almost every way you can think of. I would have liked help, or luck, or a contract, but as The Little Prince said, it’s the time you spend on something that gives it its value.

FQ: Cryptocurrency is another subject that you touch upon in this book. What’s your opinion about digital money?

PRONKO: I think the future of world commerce will eventually be digital money and regulating it will be hard. It’ll be a cat-and-mouse game for a long time. I think it will increase corruption, alternative economies and as-yet-unimagined problems, but it will probably go forward everywhere. It has the potential to really disrupt and destabilize the world economy, but it would take years for that to happen. So, maybe cryptocurrency can be brought under some sort of legal framework and oversight. If not, it will be like drug money, only much easier to cover up.

FQ: While I’m not fluent in any language other than English, I have learned enough of both Polish and French that sometimes I’m unable to think of the English equivalent when I’m writing. Does this happen to you too when you’re switching between writing in English and Japanese?

PRONKO: Yes, all the time. Because the settings of the novels are always in Japan, sometimes I can’t remember the word for even basic things like floor cushions or vegetables in English. And some words seem so natural in Japanese that it’s hard to find a good translation, like genkan, the entrance area in every home. I suppose entryway is a good translation, but it doesn’t convey the same idea, because Japanese would take off their shoes and change their attitude upon entering an interior space. I try to include some Japanese words that fit without overwhelming readers.

FQ: Back in 2017 when I interviewed you for the first book, The Last Train, I asked what were the reactions to your novel in Japan, and you responded that you were working on getting it published. Have you been successful, and if so, how have your books been received?

PRONKO: I decided to focus on getting more novels completed in the series first. So, getting the novel into the hands of Japan’s voracious readers is still on my list, right after the next novel, a screenplay adaptation, a guide to jazz in Japan, and another collection of short essays. And did I mention my job teaching and my personal life? They’re on the list, too, somewhere.

Posted by FeatheredQuillBookReviews at 4:55 PM