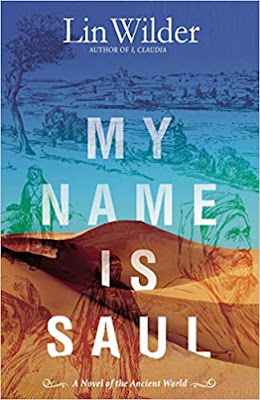 Today, Feathered Quill reviewer Barbara Bamberger Scott is talking with Lin Wilder, author of My Name Is Saul: A Novel of the Ancient World.
FQ: Did you find the composition of this book to resemble in some ways the construction of a mystery novel?
WILDER: What an intriguing question. And yes, there are definite similarities. When I first began writing this ‘ancient world series,’ with I, Claudia, I felt intimidated and overwhelmed. Primarily because I felt like a novice-again- in this new genre. But as I began to scan, study, and reflect on Pilate and Claudia, I realized that this process is no different from the others. After writing four of them, I had become confident in this eerie process in which new characters develop substance and, at some point, take off with me chasing them.I had not planned to write a book on the early life of St. Paul. But again, once I got over the initial feelings of “What have you gotten yourself into now?,” ideas and possibilities about this remarkable man began to flow.
And I began to see him.
FQ: The book offers a sense of passionate intensity regarding religion and the conversion experience; does this in any way reflect your personal philosophy/spirituality? 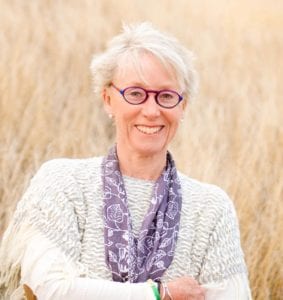 WILDER: Yes. I spent many years as an ‘enemy of religion’ and searched for meaning in academic and intellectual achievements. I was sure about my convictions, even challenging, and, more than once, ignored that inner voice, as did Saul.
My conversion to Christian Catholicism was abrupt, even sudden, and yet I had been searching for truth and purpose ever since I had first walked away as a teenager.
FQ: What is your favorite episode in this imaginative tale (given that much of it is fantasy that came from your thoughts and feelings)?
WILDER: Hmmm...there are many. But maybe it is the earthquake - that it happened while Saul was gone, that the quake did to his life precisely what it did to the earth.
FQ: Your story of Saul/Paul has a cinematic feel – had you considered perhaps offering it as a play or film?
WILDER: Is there any writer alive or dead who would not dearly love to see his work adapted into theatre or film?
FQ: Did you ever, or do you plan to visit the locale of the book?
WILDER: After writing I, Claudia, and My Name is Saul; I feel as if I have been to ancient Jerusalem and Israel. I’m not sure I would like to see the ruins of what I could very clearly picture. So no, I do not plan such a trip.
FQ: Did you experience any sense of identification with the female characters in the book, such as Hannah or Mary?
WILDER: No. I wish I did, but Hannah was a pure spirit - wholly clear on who she was and what she wanted.
Mary? She is a heavenly friend who has quietly been in the background of my life, even during those years when I lacked any faith.
FQ: Which of the written/film resources you listed offered the best background for your creation of the character of Saul/Paul?
WILDER: Andrew’s Hyatt’s film, Paul, the Apostle of Christ, helped me enormously. The Rome pictured in that movie, the prison cell in which Paul and Luke spoke, was the same image I saw for Aurelius and Paul during the last night of Paul’s life.
FQ: Will you consider writing more books of this historical nature, or will you return to the pure mystery genre now?
WILDER: Yes, I have loved this dive into historical fiction. And hoped to do a third this year, but I have returned to the mystery series with my newest book, Plausible Liars. Maybe next year.
Posted by FeatheredQuillBookReviews at 7:50 PM