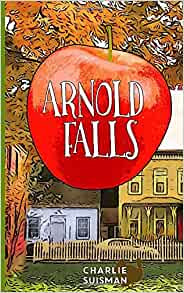 Today, Feathered Quill reviewer Amy Lignor is talking with Charlie Suisman, author of Arnold Falls.
FQ: When it comes to Arnold Falls, what was your original motivation to bring this fictional town to life?
SUISMAN: It was January of 2017 and I was living in a small town in the Hudson Valley. The country seemed to have taken a terrible risk in the election and I was feeling blue about the world. I wasn't finding a sense of community in that small town or a place full of humor. So I started getting up every morning at 5am, which my dog did not enjoy, and started writing about a hapless little town -- just to make myself laugh. And occasionally I did make myself laugh, which was an odd sensation but a satisfying one. So I kept going.

FQ: Considering your publishing background, as a writer of guides and non-fiction works dedicated to NYC, how did the process of writing a full-length novel compare? Do you have a preference between the two?
SUISMAN: I never considered the work I did for Manhattan User’s Guide to be writing. It was about love for New York, taking notes, and doing the research, plus a bit of taste and judgment, i.e. opinion. Writing is never going to be easy but once the characters in Arnold Falls emerged, I couldn’t wait to find out what they would say or do next, so writing became as close to pleasurable as it's ever likely to be. 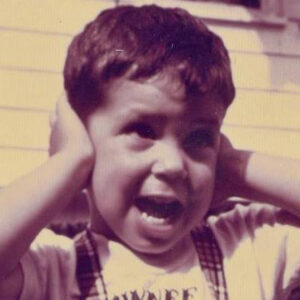 FQ: When it comes to your supporting cast of characters, you’ve quite literally written people who would be great to see on the silver screen. Are these characters based on any from your daily life or encounters? If so, can you share with us a story about one in particular that you absolutely loved putting on the page? (I, personally, loved Sofia)
SUISMAN: I love Sofia, too. I love when empathic people tell you what they think. A few of the characters were inspired by the small town where I was living, though they all evolved quite a bit. The most fun to write was Bridget because she’s so odd, and sometimes annoying, definitely shameless, though I find her strangely lovable. Bridget began hinting that she wanted to be in every scene, but I had to put my foot down.
FQ: Tell us about your narrator, Jeebie. What of his character is drawn from your own personality, how do the two of you most differ, and what was the one thing that surprised you most as he developed on the page?
SUISMAN: Jeebie and I share some traits (we both love Motown) but I think we’re more different than alike. He’s big-hearted but flummoxed by matters of the heart. I’m not as big-hearted as he is. On the other hand, he’s a bit of a snob and I don’t think I am. What surprised me is what surprises him: that for all his talents, charm and so on, his friends consider him a mess.
FQ: As you were penning the novel, did you stick to some kind of outline/plan, or did the plot ever veer off in a direction that took you by surprise? In addition, was it fun to write about the lovely American political environment in your own humorous way?
SUISMAN: The politics question was one I thought about a lot. There’s no mention of national politics at all in the book and that’s on purpose. The characters conclude that the world is not in good shape, so the best course is just to tend your own garden. I don't believe that, at least I don't think that should be the end of the matter. Tend your own garden, absolutely. But in the real world, it’s dangerous to ignore what’s happening. The local politics in the book are the story of many towns: entrenched interests, the old ways versus new ways, tradition versus change.
I didn’t have an outline, just tentpoles. I knew it was about friendships, about Jeebie finding home, I had the election (that was based on real-life events), there had to be a serious threat to the town (which became the proposed tire factory), I had Doozy and Chaplin, and I knew it ended in a big Thanksgiving party. Everything else was a surprise.
FQ: As a fan of all the characters in your book, I would love to know which one you could see moving away from the small town and into the hubbub of Manhattan in order to take on a new career?
SUISMAN: A number of characters have ties to the city: Jeebie does his work there, Nelle lived there, Bridget has an office there and so on. So I could see, under certain circumstances, these characters moving out of Arnold Falls. I don’t think any of them could do it easily, however. The sense of community in the town is a strong pull.
FQ: Other authors have their own way of dealing with things, but how do you endeavor to balance your own creative instincts with constructive feedback from others? In addition, have you ever experienced writer’s block that you had to somehow get past?
SUISMAN: I worked in the theater when I was younger and it was clear to me that the best directors were open to feedback from anyone. Take every comment for what it’s worth, whatever the source. And that lesson has always stayed with me. The people who read early versions of the book were very helpful in shaping the book. I hired an editor after I had a first draft and she was invaluable. Were there times I cursed her notes? Of course! But I always considered them carefully and took most of them. As for writer’s block, I experience it every day. I remind myself to trust the material and characters so that I can find a way through. Solutions, ideas, lines come to me in the shower, in the middle of the night, when I’m walking my dog. I don’t understand how that happens but it’s a gift when it does.
FQ: Is it difficult to say “so long” to Arnold Falls, or can we be hoping or looking forward to characters coming back for a series? If not, is there a foreseeable future plan in the works for your next fiction project?
SUISMAN: I had always hoped there would be further adventures in Arnold Falls if people enjoyed the first book and I left some breadcrumbs in the novel for possible later use. I’d been missing the characters, so I was happy to begin work on the next Arnold Fallsbook last month. I’ve made it clear to Bridget that she can’t be in every scene.
Posted by FeatheredQuillBookReviews at 12:33 PM