FQ: You have an eclectic cast of characters in Handmaidens of Rock. I’m curious to know of the three girls, who did you most identify with and why?

GOULD: I identified with Candy the most, as she is the one who aspires to be a writer and to chronicle all of the group’s adventures. She is also the most shy and least confident of the three girls, at least at the outset. Those are flaws that I’ve struggled with. In a sense, she’s the one who has the farthest to travel on the journey to become a grown woman.

FQ: Your development and description of your character Swami has all the makings of a ‘cult.’ What do you suppose draws people into such an environment?

GOULD: Young people seem to be most vulnerable to these influences when they’re at a crossroads in their lives, confused about their life goals and looking for some kind of higher meaning. The late 60s-early 70s era saw a growing interest in mysticism and mistrust of traditional authority, owing to the Vietnam War and rapid social changes. The very name “Swami” tends to attract seekers of the “truth.” 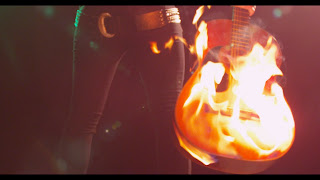 GOULD: I don’t think there has been a comparative era since then. Although we continue to fight questionable wars, the end of the draft and the establishment of all-volunteer armed forces have reduced the amount of anger directed at the military, and have in fact increased the public’s respect for it. To find a comparable era of social change, we’d probably have to go far back in time, perhaps as far as the “roaring 20s.”

FQ: I am impressed with your bio. Are you a full time author or do you work in an environment to utilize your political science education?

GOULD: I’ve been retired for almost a year from my career as a Budget Analyst at the Department of Labor. The process of producing Federal budgets did allow me to utilize both my English and my political science degrees. I’ve lived in the Washington DC area my entire life and come from a long line of government employees.

FQ: With four books to your credit, what words of wisdom would you impart to an aspiring author?

GOULD: Self-publishing is gradually losing its sigma, thanks to the growing number of excellent authors working independently today. But don’t mistake “independence” for “working alone.” Every author needs help to make his or her products the best they can be. Don’t publish too quickly, just because you can. Reread your work relentlessly, seek out critique groups or beta readers during the process, and if at all possible, have at least one complete draft professionally edited.

FQ: When you finish writing a book, is there much ‘down time’ before you embark upon your next project?

GOULD: No down time at all, as I always seem to begin a new project before completing the previous one. For example, I got the idea for Handmaidens of Rock at least a year and a half before my third novel, Let’s Play Ball, was finished. I couldn’t resist working on the new, fresh idea, which was more fun than the book I was supposed to be working on! I know that’s not the best method, but sometimes it’s irresistible. When it comes to the final round of edits, however, the current project always gets my full attention.

FQ: When you experience a ‘dry spell’ in your writing process, what do you do to overcome the gap and get back on track?

GOULD: Really, there is no choice when that happens but to keep plugging away. Sometimes it helps to get away from a project for a while and then return to it with a fresh eye. But I find I’m in danger of losing my fluency if I don’t work at some kind of writing almost every day.

FQ: What is your writing formula? Do you outline? Do you sit down and just write? Stream of consciousness exercises?

GOULD: I start out with a loose outline, which I tend to discard as soon as I start trying to write the actual story. Once my ideas start flowing, the “outline” gets revised, only to be violated again! I generally start out writing a few paragraphs with old-fashioned paper and pencil until I accumulate enough for a page or two to put on the computer. I edit some on the computer, then print it out and mark it up.

FQ: It was a pleasure to read and critique your work. Are you working on your next project and if so, would you care to share?

GOULD: With the help of my great critique group, I’m working on a sequel to my second novel, The Rock Star’s Homecoming. Tentatively entitled Sycophants, it picks up the lives of the college students featured in the original story as they attempt to navigate the adult world by establishing an entertainment production company.

To learn more about Handmaidens of Rock please read the review at: Feathered Quill Book Reviews.


Posted by FeatheredQuillBookReviews at 2:31 PM