How My Mother Writes My Novels

Every novelist hopes the Muse will sit on her shoulder. We devise clever rituals and talismans to bring her to us, from the special flannel pants we wear on every writing retreat to the music we listen to, from that special pot of mint tea we make to the chocolate-covered almonds we allow ourselves to nibble (or devour) as a reward for finishing each new chapter.


We hope to lure the Muse to us through writing workshops and by reading other people's novels. We scan newspaper headlines hoping for story ideas and make frantic scribblings in our journals if we happen to eavesdrop on a great conversation in a cafe.


I do all of these things. But I'm luckier than most: my mother often serves as my Muse, and I see her nearly every day.


Mom isn't a writer, but she is an avid reader. Throughout my childhood, she read stacks of books, so I would flop down on the couch or floor near her and read, too. (People wonder how to teach their kids to love reading? This is what parents should do: Make reading seem like the most interesting thing in the world by doing it yourself in front of your children.)


My mother read all sorts of books, from science fiction to mystery novels, from romances to “how to” books on ESP or sheep farming or aliens. Often, Mom would discuss whatever she was reading with me, and what she liked or didn't like about the authors and the way they structured their narratives.


Mom is also a terrific storyteller. Not in the usual sense—she doesn't spin long-winded yarns around the fireplace, because she's an emotionally reserved Yankee—but in the sense that she is always, always observing the people around her. She even had a police scanner in the kitchen so she could follow what was happening in the small town we moved to when I was a teenager.

(Most embarrassing moment of my childhood? That time I came home late one night, after being caught by the police while my boyfriend and I were making out in his parked car, and finding out that Mom had heard the whole thing on the police scanner, including the cops chortling.)


Nearly all of my novels have been sparked by this Mother-Muse of mine. I wrote my last novel, Beach Plum Island, because of a hair-raising story Mom told me about her own childhood. She had gone to babysit for a family in her town in Maine, and was told by the parents that the children were asleep in their bedroom. “Whatever you do, don't go down to the last bedroom down the hall and open the door,” they cautioned as they left.


Naturally, my mother was curious, so down the hall she went. In that last bedroom, she discovered a blind, nearly feral child who came shooting out to climb up her legs when she opened the door. In Beach Plum Island, I wrote about three sisters searching for a brother they never knew they had until their father died, and that scene plays a pivotal role in the novel. 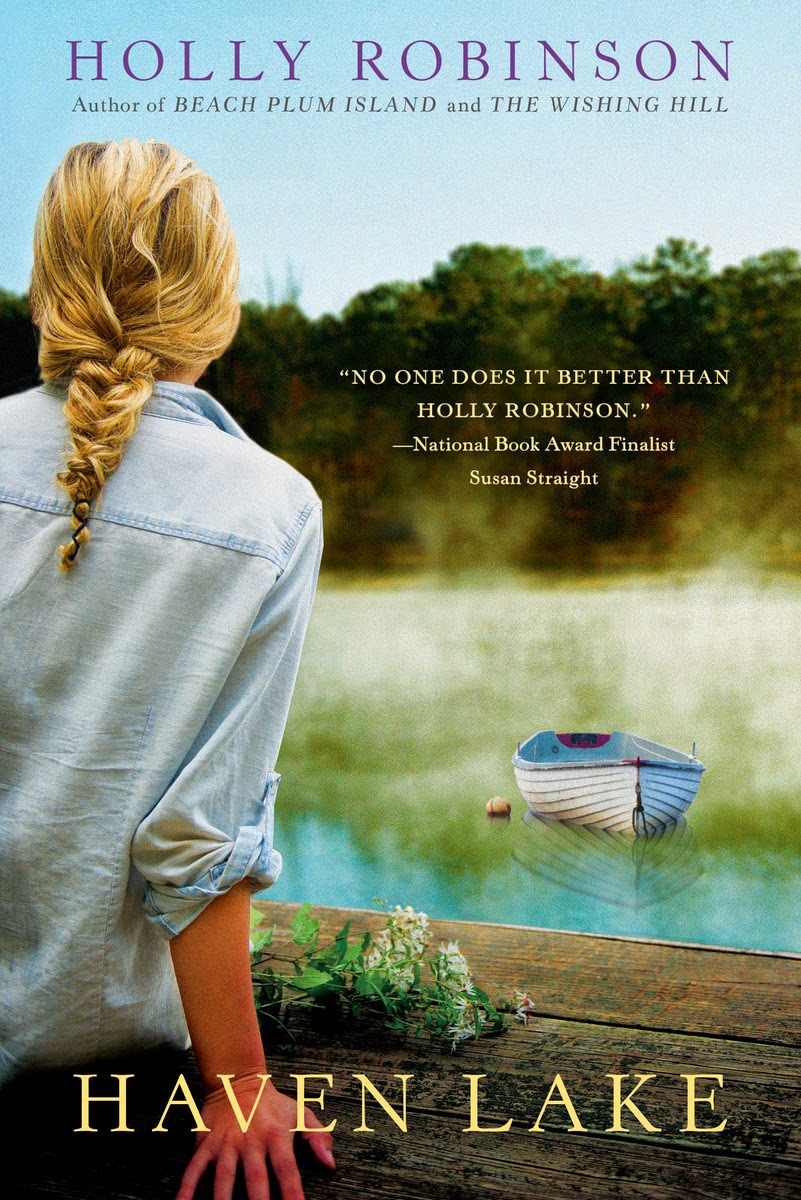 My newest novel, Haven Lake, centers around a mother and daughter, Hannah and Sydney, who have lost touch since two tragic deaths occurred on the farm that Sydney grew up on—a farm that was a commune run by Hannah and her husband when he returned from Vietnam. One of the deaths was the mysterious nighttime drowning of a teenaged boy; that event shattered Sydney's family. As the novel opens, Sydney is forced to return to Haven Lake for the first time in twenty years, and she begins to unravel the truth behind what happened that night.


This novel, too, was inspired by one of my mother's stories. During her own childhood, my mother's parents ran a fresh air camp for inner-city kids from Boston. They lived near a pond, and one day, as my grandmother and her camp counselor assistant took the children down to the pond for a swim, one of the boys ran into the water ahead of them and drowned. Nobody really knows how it happened, even though my mom and grandmother were both there.


That event left an indelible mark on everyone involved. I was moved by the story, imagining how that boy's parents must have felt when they were told the news; how the other children had been affected; and what the impact of that tragedy would have been on my grandmother, who was in charge of the boy—and who, like my mom, wasn't prone to discussing emotions. I wrote about a drowning in Haven Lake to explore those emotions. The event also served as a plot device, a supporting bridge for a tense, emotional narrative about complex family dynamics.


For writers, the Muse lives in many places. I'm lucky. I only have to invite Mom to dinner, and I'm bound to hear a new story, one that inspires me to examine its colors, untangle the threads, and embroider something new from it.

Posted by FeatheredQuillBookReviews at 3:27 PM