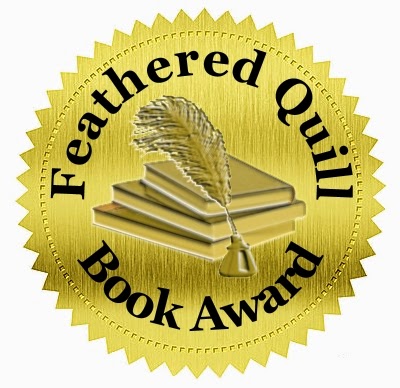 Started in 2008 by a small group of dedicated, enthusiastic reviewers, Feathered Quill Book Reviews has become one of the preeminent review sites on the Internet. In the summer of 2013, we opened submissions for our first annual award program, with winners announced February 1, 2014.  Now in our second year, the award program has grown by leaps and bounds and drawn submissions from all over the world, from the U.S. to the UK and as far away as Ukraine.  This year, we were honored by the large number of submissions, from the one book self-publisher all the way up to the major New York houses.

When submissions closed on December 15, 2014, our judges had the daunting task of reading a HUGE number of excellent books and trying to decide the best of the best.  Every book was read, every book was judged, and often it was a mere point or two that separated the winners from the ‘almost won’ books.

In addition to the prestige of winning a national award, all winning books have been listed in our online bookstore, accessible from all pages of our review site, www.featheredquill.com.  We also offered over ten special awards, valued between $100 and $1000.  For a complete list of winners, please visit our award page and click on ‘2015 winners’ -  www.featheredquill.com/awardprogram.shtml