Long time Feathered Quill reviewer Amy Lignor recently received some amazing news.  Amy, who splits her time between reading/reviewing and writing some fantastic books including the Tallent & Lowery mystery/adventure series, learned that Amazon would be re-releasing her books via AmazonEncore.  Go Amy!!!!!!!!  We are SOOOOOO happy for you!!!!!!!!!!!!!!!!!!!!!!!!!!!!!!!!!!!!!!! 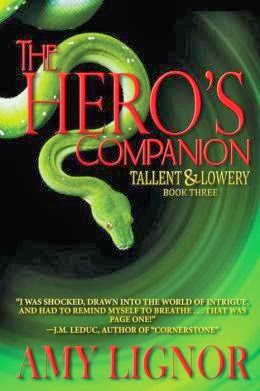 
The “Tallent & Lowery Adventures” (Titles: “13”, “The Sapphire Storm”, “The Hero’s Companion”, and “The Charlatan’s Crown”) have been picked up by AmazonEncore and will be re-released on January 13, 2015. Amazon chose this series (published by Suspense Publishing) for their Encore imprint which, “helps readers discover extraordinary, previously-published, or overlooked books from emerging authors,” in order to expand and deliver this series to readers everywhere!
Posted by FeatheredQuillBookReviews at 11:19 AM