Opportunity Knocks for the Independent Bookstore

First there were the bookstore chains, then Amazon, then digital books, all seeming to threaten the very existence of the brick-and-mortar bookstore. Yet, in the wake of the recent closing of the Borders bookstore chain, a new surge of independent booksellers is rising, seemingly against all odds.
Just before Thanksgiving, Paz & Associates, a bookstore training & consulting group, helped open Mitzi's Main Street Books, an independent bookstore in Rapid City, South Dakota. The owner, Ray Hillenbrand, opened the store as part of a new Main Street Square, which was developed to rejuvenate the area and make it more of a destination.  "The opening of Mitzi's bookstore shows how entrepreneurs and developers now regard an indie bookstore as a 'must have' in rebuilding their town centers," Donna Paz Kaufman observed. "Consumer surveys consistently show that locally-owned independent bookstores are one of the most desirable businesses," she continued.
"It's not just the closing of Borders that is fueling the resurgence of  independent bookstores," says Oren Teicher, CEO of the American Booksellers Association, "but a more complex array of factors including the growing national acceptance of the "shop local" movement; an extraordinary level of innovative and creative entrepreneurship; a sophisticated use of social networking; easier access to Small Business Administration loans; a willingness to adapt to changing retail trends including selling both print and digital books online; and, most importantly, continuing to be an unmatched source of  credible information about books and authors."
"We are a gathering place for the community," says Kiona Gross, who left a job at CNN to open The Curious Cup, a children's bookstore in the seaside town of Carpinteria, California. Gross organized a 'shop local' day in her store on November 26, part of the American Express Small Business Saturday campaign that successfully highlighted the general public's awareness of the importance of local merchants across the country. "We strive to be community-centered.  We sell tickets for the local theater, we hold chamber luncheons, and meditation classes. We are all about the community." 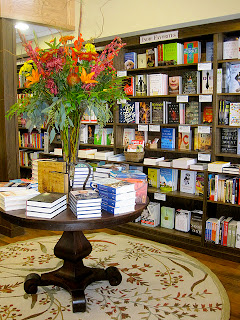 "Not a day passes that someone doesn't come in to say how happy they are that we're here, says Janet Geddis of the Avid Bookshop in Athens, Georgia which opened in September. "Loud cheers, applause, and even a teary-eyed thank you show how much people in Athens have embraced Avid Bookshop and have led us to a stronger start than I'd ever imagined," Geddis added.
Nikki Furrer, a former lawyer, opened Pudd'nhead Books in Webster Groves, MO in 2008. It was named the 2010 Riverfront Times Best Indie Bookstore in St. Louis and the 2010 St. Louis Magazine A-List and "Most Amusing Bookstore" in the St. Louis area. Furrer, a believer in indies and shopping locally, was also instrumental in developing the St. Louis Independent Booksellers Alliance. "My family has all started businesses themselves, so I knew that opening a bookstore was going to be a lot of work for not a lot of money, and it would be that way for years. But I also knew that the work would be worth it. The rewards are feeling like my work makes a real difference, watching kids and adults alike grow into readers."
"What indie booksellers can do that gives them a competitive edge over any online retailer or big-box store is to create a comfortable atmosphere that is inviting and facilitates interaction and events that contribute to the life of the community," suggests Ted Baylis, owner of the leading bookcase manufacturer, Franklin Fixtures. "Add to this an online presence, social networking, and the ability to sell everything, including competitively priced e-books on their websites, and you really have a winning combination. The future is Clicks & Bricks, to have the deep resources that come with an online sales capability plus the ability to create both virtual communities and physical gathering places that are local in nature and where store staff, customers and special guests can share their knowledge and experiences."

"With inventory that is hand-picked to suit the needs of its local customers and events that bring the community together, a locally-owned bookstore can provide a special sense of place." says Donna Paz Kaufman, of Paz & Associates, who runs a five-day bookselling school for booksellers in training. "Now is an excellent time to open an independent bookstore. The demise of Borders has created both demand and opportunity for an all-new variation of an old-fashioned independent bookstore -- small, cozy places with a sense of community and neighborhood that creates local connections."
Photo credits: Donna Paz Kaufman
Posted by FeatheredQuillBookReviews at 1:32 PM