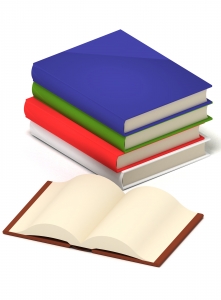 Here's a sample of the books that came in for review this week.  Check them out and then stop by our review site, Feathered Quill Book Reviews, in a few weeks to check out the reviews.

Letters to Zerky: A Father's Legacy to a Lost Son . . . and a Road Trip Around the World by Bill Raney Both a memoir and a memorial, these collected letters and diary entries recount one family’s adventurous journey in 1967 attempting to drive around the world in a VW bus. Not intended as a book at the time of the writing, the intimate and poignant story details the family’s travels through Europe, the Middle East, and into Asia, challenging preconceptions about different cultures and illuminating how one-year-old Zerky had a magical effect on everyone they met along the way. The book features maps and pictures of the trek yet is more than just a travelogue; Zerky and his mother died shortly after the trip and this narrative serves as tribute to their lives.

The Crown by Nancy Bilyeau Joanna Stafford, a Dominican nun, learns that her favorite cousin has been condemned by Henry VIII to be burned at the stake. Defying the sacred rule of enclosure, Joanna leaves the priory to stand at her cousin’s side. Arrested for interfering with the king’s justice, Joanna, along with her father, is sent to the Tower of London. The ruthless Stephen Gardiner, Bishop of Winchester, takes terrifying steps to force Joanna to agree to spy for him: to save her father’s life she must find an ancient relic—a crown so powerful, it may hold the ability to end the Reformation. Accompanied by two monks, Joanna returns home to Dartford Priory and searches in secret for this long-lost piece of history worn by the Saxon King Athelstan in 937 during the historic battle that first united Britain.

Almost a Senior by Brenda Faye Collie This a fast moving story with great characters about a girl who is a Junior in a fictitious Harlem High School. The book tells the reader what Loresha must do once she is elected president of the student body.

It's a Big World, Little Pig by Kristi Yamaguchi Poppy, the adorable, persistent, dreaming-big pig, has a new adventure in store for her: the World Games ice-skating championship in Paris! Poppy is nervous about meeting so many new people, in a new place. But, ever courageous and supported by her family (Emma, too!), Poppy embarks upon this exciting adventure head-on! Poppy begins to realize that although these animals look different, act different, and are from different places, they are all the same at heart. We all smile in the same language!

Peep in the Deep: A Sea Creature Counting Book by Richard Miller Smith Beneath was a peaceful, quiet place when barely a peep gave way to something in the deep. Your child will love learning their numbers with this bright, and colorful book. Watch the ever growing number of sea creatures chase their former group across the pages 'til the last but not least! Each spread displays each group and number in a large, easy-to-read typeface.
Posted by FeatheredQuillBookReviews at 9:34 AM