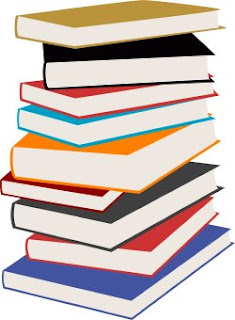 Another week - another interesting selection of books.  Here's a sample of what came in during the past week.  Stop by Feathered Quill Book Reviews soon to read the reviews.


A Life Lived Ridiculously by Dr. Annabelle R. Charbit When a girl with obsessive compulsive disorder falls in love with a sociopath, she must fight for her sanity and her life. Maxine's brain is stuck. Everything around her feels wrong and the only way to fix it is to check, double-check, rearrange and count everything. What Maxine can't fix though is her parents' constant nagging over the absence of a husband. A humiliation that is further compounded when her younger brother runs off with Miss Perfect. Then she meets Sam, a smooth-talking charmer with the weight of the world on his shoulders, and enough terminal diseases to wipe out a small village. Maxine decides that Sam is her salvation, never mind that his life is more complex than a Greek tragedy, and others are urging her to get away from him. The problem is that Sam has Maxine under his spell. Will Maxine escape from Sam before it's too late?

Afghan Boomerang by Dr. Oleg Novinkov Former Soviet officer details his time in 1980s Afghan war to highlight dangers of America’s current war “Afghan Boomerang” - winner of NABE Pinnacle Book Achievement Award (November 2011) by Dr. Oleg Novinkov details the dangerous consequences of having foreign troops occupy Afghanistan using the experiences of the former USSR HOUSTON – Dr. Oleg Novinkov’s “Afghan Boomerang” (ISBN 1439274517) details his years as a Soviet Air Force flight surgeon stationed in Afghanistan in the 1980s. Considering the current war in Afghanistan, he finds it better than ever to share his experiences and thoughts on international relations. Novinkov explains what it was like to live in the middle of combat during the Afghan war of the 1980s. He compares and contrasts the previous war to the current situation in Afghanistan, showing that he feels the United States didn’t use history as a learning tool. The author states that when the United States engaged in the current war with Afghanistan, they did not consider the Soviet’s experience nearly three decades ago. The author brings up these points to ask a terrifying question: Will the results of the U.S.’s war in Afghanistan boomerang and have many of the same outcomes as the Soviet’s war, such as a complete collapse of the country? Novinkov shares his thoughts about historical events in involved countries, including the U.S., Russia, Iraq and Pakistan, to lead readers beyond what the media portrays. “I had the opportunity to return to Afghanistan 30 years after serving in the Soviet-Afghan War,” Novinkov says. “I show how things have changed and how they have remained the same. I share personal experiences to help readers, especially U.S. audiences, understand the world situation and the effects of war.” Novinkov believes that his book will move those who really want to understand the events in Afghanistan, but from a different perspective than the mainstream media portrays. He hopes that readers learn the dangers of sending foreign forces into Afghanistan through an historical perspective. Since Novinkov has lived in both socialist and capitalist countries with opposing views on many issues, he took the liberty of expressing his thoughts about politics and prominent politicians.

The Faces of Angels by Lucretia Grindle On a sweltering day in Florence, art student and newlywed Mary Warren wandered into a shady tunnel of trees. Within minutes, she was brutally attacked and her husband murdered. And within months the killer was identified, caught, and dead. It’s now two years later, and Mary has returned to Florence at the invitation of her lover – a relationship that predates what she insists on calling the “accident.” Crumbling and beautiful, Florence is eternally compelling. But more and more, what Mary sees is not the glories of the city, but its dark underside – specifically, one dead young woman after another. She also can’t help seeing a terrifying pattern: Either this is a copycat killer, or her husband’s murderer is still on the loose.

Axis Sally: The American Voice of Nazi Germany by Richard Lucas One of the most notorious Americans of the twentieth century was a failed Broadway actress turned radio announcer named Mildred Gillars (1900-1988), better known to American GIs as "Axis Sally." Despite the richness of her life story, there has never been a full-length biography of the ambitious, star-struck Ohio girl who evolved into a reviled disseminator of Nazi propaganda. At the outbreak of war in September 1939, Mildred had been living in Germany for five years. Hoping to marry, she chose to remain in the Nazi-run state even as the last Americans departed for home. In 1940, she was hired by the German overseas radio, where she evolved from a simple disc jockey and announcer to a master propagandist. Under the tutelage of her married lover, Max Otto Koischwicz, Gillars became the personification of Nazi propaganda to the American GI. Spicing her broadcasts with music, Mildred used her soothing voice to taunt Allied troops about the supposed infidelities of their wives and girlfriends back home, as well as the horrible deaths they were likely to meet on the battlefield. Supported by German military intelligence, she was able to convey personal greetings to individual US units, creating an eerie foreboding among troops who realized the Germans knew who and where they were.

The Thorn & the Blossom: A two-sided love story by Theodora Goss One enchanting romance. Two lovers keeping secrets. And a uniquely crafted book that binds their stories forever. When Evelyn Morgan walked into the village bookstore, she didn’t know she would meet the love of her life. When Brendan Thorne handed her a medieval romance, he didn’t know it would change the course of his future. It was almost as if they were the cursed lovers in the old book itself...The Thorn and the Blossom is a remarkable literary artifact: You can open the book in either direction to decide whether you’ll first read Brendan’s, or Evelyn’s account of the mysterious love affair. Choose a side, read it like a regular novel—and when you get to the end, you’ll find yourself at a whole new beginning.
Posted by FeatheredQuillBookReviews at 9:04 AM